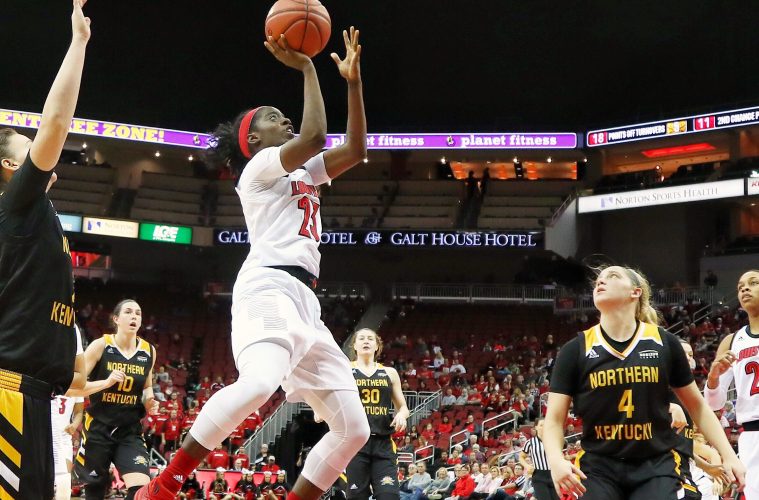 The ACC women’s basketball schedule tips off for most teams tonight, with the slate featuring all squads apart from Wake Forest. Locally, Jeff Walz and crew enter conference play with a spotless 12-0 record and a firm lock on the third spot in the national rankings. The Cardinals will face off against non-ranked North Carolina tonight at the downtown Yum! Center, with the tip at 7:00 PM EST. Non-conference play was hardly a breeze for the Cards, featuring nail biters with 22nd-ranked Arizona State and a tough road match-up against a likely tournament sleeper at Central Michigan. As could be expected, the annual match-up with the Kentucky Wildcats was a slug-fest but resulted in an 80-75 Cardinal victory. All told, Louisville rolls into ACC play battle tested and firing on most, if not all, cylinders.

Some might look at the defensive side of the ball to find gaps. The Cardinals are second in the ACC in scoring, averaging 85.7 PPG just behind Notre Dame’s 89.2. But Louisville finds itself 11th in the league in points given up at 63.8 per game. Walz brushes this off quite casually and with the fans in mind.

“After our first few ballgames I had some people that were, like, ‘Are you going to work on defense?’” No, he replied and added, “Who wants to come to a women’s game and watch a 49-46 game? I don’t, and I coach it.”

Turnovers might be another sticking point, but the Cardinals have managed to give up the ball only 13 to 14 times per game while forcing a league leading average turnover margin of +5.67. Despite this and an assist-to-turnover ratio of 1.28 (second in the league) Walz would feel more comfortable if the Cardinals could manage a turnover average of between seven and ten per game. Finally, rebounding will be a focus as the Cards are currently sporting a woeful +3.3 rebounding margin per game. Pounding the glass will be key, with Walz setting a target of +5 rebounds per game going into conference play.

With all this in mind, what can be said to lie in store for the third ranked Cardinals? Over the next seventeen games Louisville will square off against four currently ranked opponents and six that are currently in the RPI Top Fifty. To date, the Cards have managed to barely escape their ranked opponents with a five point victory over the currently 16th ranked Wildcats and a two point victory over currently 22nd ranked Arizona State. While the Cardinals are essentially a guarantee for the NCAA tournament, they’ll certainly have to run through the gauntlet to get there.

My prediction? The Cardinals will finish a quite respectable 14-3 (26-3 overall) before entering the ACC tournament as the second seed behind Notre Dame. A matchup against the Husky behemoth at home and against the Irish in South Bend may prove to be too much in both cases but will certainly prep the Cards for post-season play. Catch the Cardinal women in action tonight at the Yum! Center with a 7:00 PM tip-off against the Tar Heels. You can also listen to Nick Curran and Adrienne Johnson’s call on 790 WKRD or catch the game on ACC Network Extra.