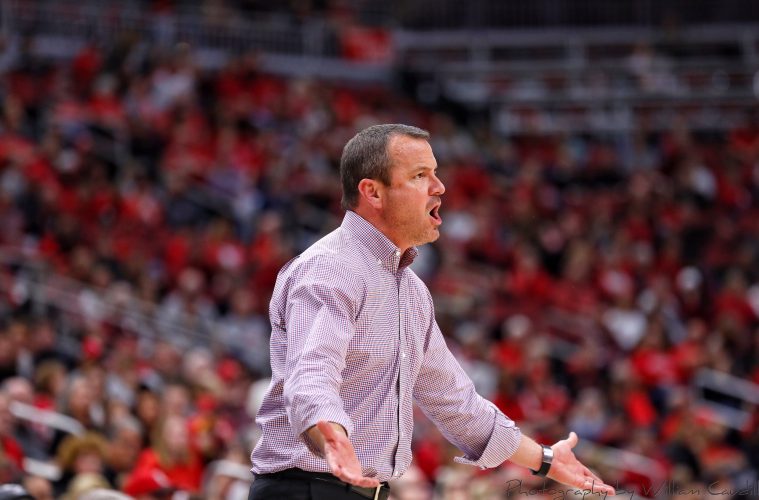 Men’s basketball got the job done in Durham on Saturday and now the women look to do the same in Chapel Hill as the #5 Cards take on North Carolina. Louisville stands at 17-1 with a 6-0 ACC record after an offensive exhibition on Thursday at Boston College. All signs are pointing to another score-fest at UNC with the Tar Heels leading the ACC at an average of 76.5 points per game, just 0.1 points greater than the second-best Eagles of Boston College.

When breaking down the Boston College game the calculation was against the Eagles offense in favor of Louisville’s oppressive defense and equally heated offense. The Cards are second statistically in both offense and defense when counting conference games only. But the Eagles dropping 70 on the Cards absent Bionca Dunham may be a warning bell.

The Tar Heels present a palpably similar opponent with all five starters sporting double-digit scoring averages. Additionally, the injury bug hasn’t yet plagued UNC as all five starters have been started in all 17 games this season.

6’4″ center Janelle Bailey leads the team with 14.9 PPG and 10 rebounds on average. The Tar Heels present just as potent a threat from the perimeter thanks to 6’2″ guard Taylor Koenen’s 14.3 points plus seven rebounds. The Tar Heels, like the Eagles, are a team that doesn’t like to pass up an open look from three. Averaging 22 attempts per game, UNC is led by Madinah Muhammad with the team shooting about 35% overall from distance.

While the Cards have rightfully been bragging about a 1.14 assist-to-turnover ratio, the Tar Heels seem ready to challenge that. Ball handling was a concern in the first quarter at Boston College before the Cards got it together. A similar performance in Chapel Hill could prove to be more detrimental.

This is made doubly so thanks to UNC’s willingness and effort to crash the boards. 6’3″ Malu Tshitenge presents a potent threat in the post with her offensive rebounding capabilities. With the Tar Heels ability to score it’s going to be key to limit second chance points. Jeff Walz couldn’t buy a rebound on Thursday in Chestnut Hill. In Chapel Hill the Tar Heels length may prove to be a tougher test.

But as Walz said post-game after the 81-70 win over the Eagles, he’d rather learn lessons from a win than a loss. It remains to be seen whether Bionca Dunham will return to the lineup given the short turnaround time. Her size would be useful against the Tar Heels, but the tenacity of her more diminutive teammates may be the deciding factor.

Dana Evans and Jazmine Jones are leading the offensive assault. But it’s Mykasa Robinson, Yacine Diop, Bionca Dunham, and others who are putting in the efforts that have helped to create a surprisingly well-rounded team. The Tar Heels took down #9 N.C. State before falling to #11 Florida State. Undoubtedly the #5 Cardinals are seen as a fitting prize.