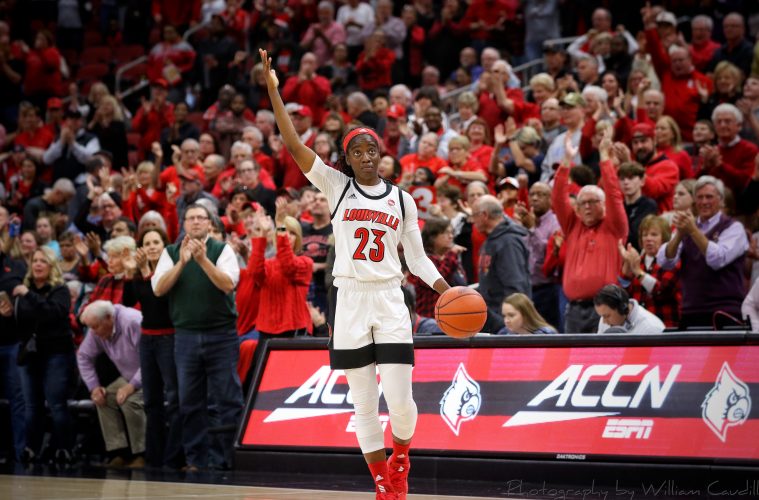 Last season when the Cardinals welcomed the Miami Hurricanes into the KFC Yum! Center the strategy was simple. Shut down Beatrice Mompremier and you take away the key to the Canes’ offense. Unfortunately for Jeff Walz, Emese Hof proved equally capable of dominating in the post and led Miami to a 79-73 win that handed the Cards their second ACC loss, and the first at home. Fortunately for Walz, Emese Hof has completed her tenure and no longer serves as a threat. As for Mompremier, a foot injury that’s dogging her has rendered her questionable for Thursday’s game. From Louisville’s standpoint the strategy remains the same, but the question still stands as to who on the Hurricanes will step up should Mompremier remain on the bench.

Mompremier’s foot injury has had a seemingly immediate impact as the Canes have hit a two game skid with back-to-back losses to Georgia Tech and Florida State. While the redshirt senior did play against Tech she was clearly hobbled prior to spending the entire losing effort against the Seminoles on the bench. The absence of that 16.3 point, 10.4 rebound average double-double (7th and 3rd in the ACC respectively) leaves quite a hole in Miami’s offense.

So far the familiar face of junior guard Mykea Gray has stepped in to try and plug the gap. Gray has been a consistent producer with 12.1 points and 2.8 assists per game but stepped up with a 21 point performance in the losing effort against Florida State. Despite a quiet night against the Seminoles it’s still clear that Gray can count on fellow starting guard Kelsey Marshall in the back court. Against Georgia Tech the two combined for 24 points, six assists, and six steals. Both are quality ball handlers that play the same aggressive style of defense that you see out of Dana Evans and Mykasa Robinson.

But even with solid play from the back court the Hurricanes have to contend with the missing strength down low. While sophomore Jamir Huston got the starting nod in Mompremier’s place on Sunday it was freshman Brianna Jackson that stepped up to deliver a strong performance in the post. Jackson has seen court time in all 14 of Miami’s games, starting in two of those, but averages just 13 minutes with 3.4 PPG and 3.5 rebounds. Despite that, she found it within herself to put up a 14 point, 10 rebound double-double against the ‘Noles. If Mompremier is benched once again it will be interesting to see whether Huston or Jackson gets the starting bid.

With Mompremier in the lineup or not, the Hurricanes are a middle of the pack ACC team that has its share of struggles. Aggression is great, and has produced 21 steals over the past two games. But that aggression is tempered by the propensity to put opponents on the free throw line. In the losses to Tech and State the Canes gave up a combined 33 points on 49 free throws. Combine that with sub-optimal shooting performances and you’ve got a recipe for a losing effort. The return of Mompremier and her stellar stat line can remedy some of that, but many of those issues are built in defects.

For the Cardinals it’s Jaz Jones that continues to impress post-holiday break. From Jeff Walz’s perspective it’s that type of consistency that will be needed to carry through the remainder of the ACC schedule and on to the post-season. Against both Syracuse and Duke the Cards managed to find the spark they needed when they needed it to get the job done. If they can manage to get the likes of Jones and Evans or Shook and Dunham to step on the same beat then there’s no telling where this team can go. But for now the Cards simply need to come home from Miami with a win before facing a surprisingly tough Wake Forest team on Sunday.