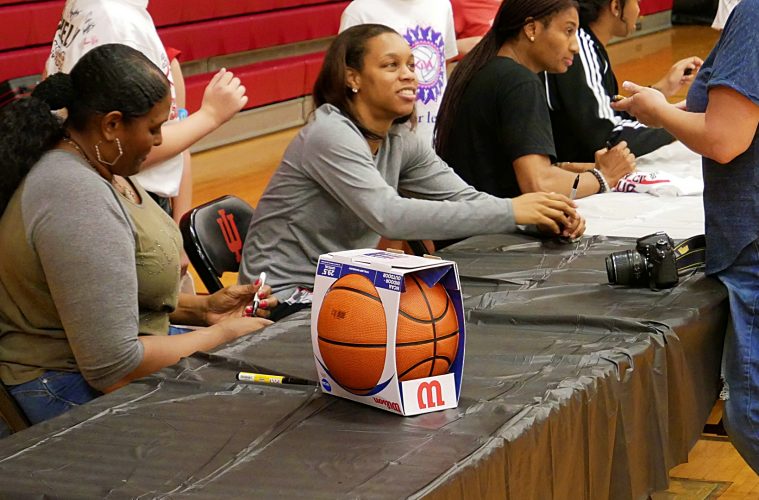 It was a busy weekend in Lousiville, but one event you may have missed took place at IU Southeast in Albany on Friday.

Louisville legends Asia Durr and Angel McCoughtry teamed up to form the Derby City Duo skill camp, a basketball educational camp for young women from elementary through high school. Asia Durr has of course recently matriculated from the University of Louisville and was selected second overall in the 2019 WNBA draft. Angel McCoughtry needs no introduction, but one thing to note is that she’ll be opening up her own ice cream shop in Louisville in the very near future.

Joining the duo were Kym Hampton and Imani McGee-Stafford. Hampton is a Louisville native, having attended Iroquois high school before a college and international career that led her back to the U.S. to be selected fourth overall in the inaugural WNBA season’s elite draft. McGee-Stafford was selected tenth overall in the 2016 draft and is now a teammate of McCoughtry’s on the dream She currently splits her time between Altanta and the Liaoning Flying Eagles of the China league.