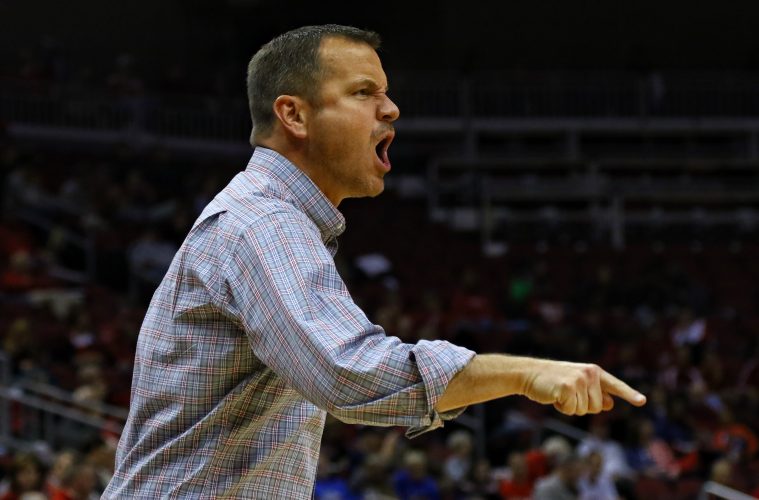 Keys To The Game: #2 Louisville vs #1 Notre Dame

All signs point to a sellout crowd at Purcell Pavilion for Thursday night on the campus of Notre Dame, as Jeff Walz and company travel to South Bend for a titanic struggle where more than rank is on the line. Can Jeff Walz set Miss Muffett down on her tuffet? How will the Cards weigh up compared to the Irish offense? Will Tom use Spida Mitchell just to complete this terrible nursery rhyme pun? The answer to one of these things is yes. As for the other two, here are how things break down for the Cardinal women.

Both Jeff Walz and Associate Head Coach Stephanie Norman have complimented the Cards on their improved defense, but Thursday will most likely devolve into a tit-for-tat offensive war. Notre Dame’s starting five all average +15 PPG and for Walz, at least for this game, the best defense is a good offense.

When the question, “Jessica Shepard [#32 – Sr. – F] seemed to crush you last year. How do you stop her?” was asked of Stephanie Norman the reply was, “Yes she did,” and, “You don’t.” Bionca Dunham, Sam Fuehring, and Jazmine Jones will have their work cut out for them, as crashing the boards on both ends of the court will be essential to a Cardinal victory.

Jeff Walz has repeatedly set a target of limiting turnovers to between seven and ten per game, and achieving that goal will be crucial for success in South Bend. Coach Norman referred to the Irish as, “Piranhas in the water,” on turnover conversions. And if the Cards turn it over as they have been the only recourse, per Walz, is rebounding. See the section above for why that might not be a viable option.

4) Points In The Paint (Or Avoiding Them)

The simple fact is that Louisville’s size may not match up with the Irish down low. Coach Norman, referring to Bionca’s style of play, said the Cards could use, “Some ‘nasty’,” (meaning aggressive) play if victory were to be found. Strong, bodied-up defense will be the order of the day and so the Cards may come out a bit bloodied and bruised.

If the points don’t come from the paint, they’ve logically got to come from somewhere else. Arica Carter’s stellar showing against Duke may need an encore performance to satisfy the gap. Walz hopes for at least 40% shooting from beyond the arc from both Carter and Durr if the Cards hope to have a chance.

Quote Of The Day

“That’s why you go to a top team. These games are what players live for…just to quiet the crowd and go out there and get a win. These are the reasons basketball players play basketball.”