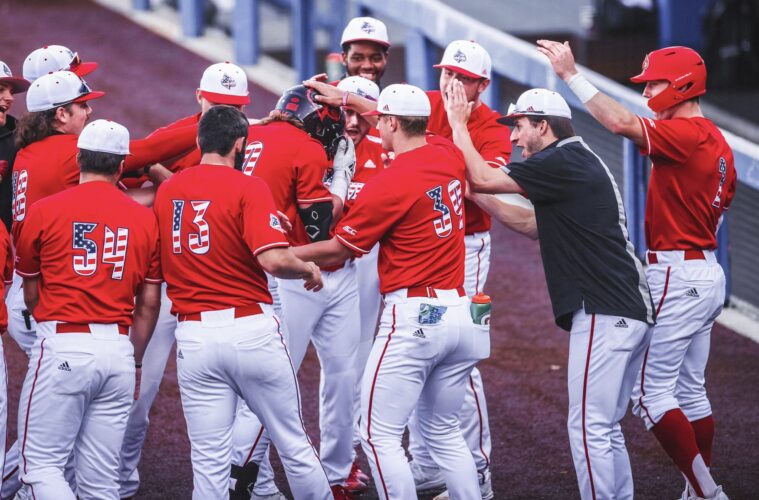 After coming home from Tampa 1-2 the Cardinals were looking for a win to start their 18 game homestand when they hosted Xavier at Jim Patterson Monday night.

Things weren’t looking good for Louisville considering they were trailing 4-1 in the seventh inning, but we all know how quickly things can turn around for a Louisville baseball team. Isaac Humphrey led off with a single and scored on a Logan Beard RBI single. The bases were loaded after a couple of walks and JT Benson served up a sacrifice fly to cut the Xavier lead to 1.

Louisville saw their first lead of the night when Dalton Rushing had a two-run double, making it a 5-4 game. Masterman extended the lead with a two-run home run on the next pitch and Louisville now had a 7-4 lead. Xavier would cut a lead to 1 after adding two runs in the eighth inning but Michael Prosecky closed things out and helped secure a 7-6 Cardinal win.

Louisville will continue their homestand with a series against Dartmouth scheduled for this weekend. First pitch of game one is scheduled for Friday, February 25th at 3p.m. All three games will be televised on the ACCNx and can be heard on 93.9 The Ville.