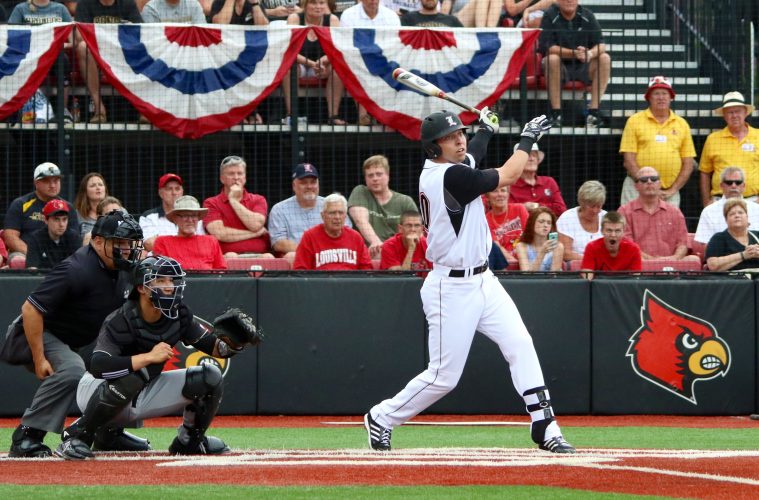 University of Louisville infielder Drew Ellis was named Monday as the National Player of the Month for April by the National Collegiate Baseball Writers Association. It is the first such honor for Ellis and the second this season for the Cardinals as Brendan McKay earned the award for February.

No. 2 Louisville (42-6, 20-4 ACC) is riding an 11-game winning streak after earning a series sweep at Notre Dame last weekend. With two weeks remaining in the regular season, the reigning back-to-back ACC Atlantic champion Cardinals are atop the division and hold a four-game lead over No. 8 Clemson. The Tigers host Louisville for a weekend series starting Friday at 6:30 p.m., ET.

Up next, No. 2 Louisville returns home to host Vanderbilt in the annual Battle of the Barrel on Tuesday at 6 p.m., ET at Jim Patterson Stadium.