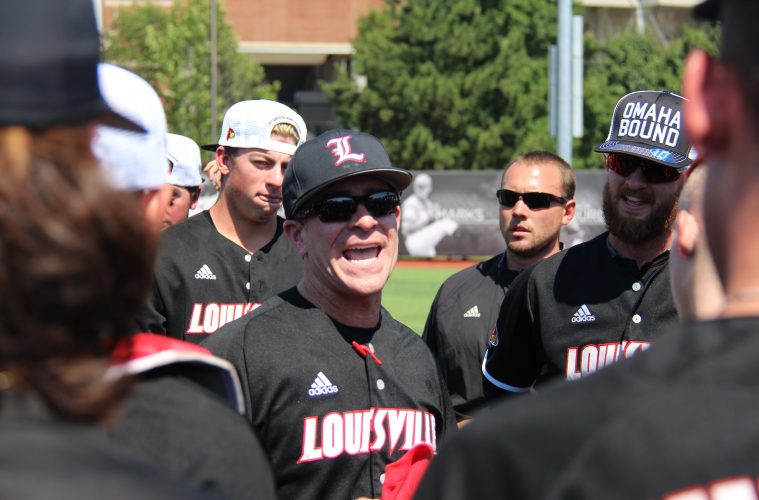 Under McDonnell’s guidance, Louisville closed the 2017 season with a 53-12 mark overall after making the program’s fourth College World Series appearance, including the third in the last five seasons. The win total set a school record surpassing the previous mark of 51 victories achieved in 2013. The Cardinals won their CWS opener against Texas A&M and finished 1-2 in Omaha before closing the season ranked fifth in every major national poll, the highest of end-of-season ranking ever. Louisville won its third straight ACC Atlantic Division championship in 2017 and McDonnell received his third consecutive ACC Coach of the Year honor becoming the first coach to achieve the feat.

Louisville ranks third in the nation in wins during McDonnell’s 11 seasons as the head coach accumulating a 509-203 record (.714 winning percentage) overall during that span. The Cardinals are the only team in the country to advance to an NCAA Super Regional in each of the last five seasons while ranking second nationally in total wins (251) during that five-year span. Overall, McDonnell has guided Louisville to seven NCAA Super Regional berths, 10 NCAA Regional bids and seven regular season conference championships to go along with the four CWS appearances. The Cardinals have also produced 34 All-Americans in the last 11 seasons while 57 players have signed professional contracts after being selected in the Major League Baseball Draft.

“I don’t think anybody could’ve foreseen something this exceptional—what he’s done,” said Louisville vice president and director of athletics Tom Jurich, who hired McDonnell as head coach following six successful seasons as an assistant coach at Ole Miss. “He’s not only just a wonderful addition to the university and the athletic department, but he’s a wonderful addition to the community, and he’s really put baseball on the map here.”

Righthanded pitcher Lincoln Henzman was honored in 2017 as the National Collegiate Baseball Writers Association Stopper of the Year, a First Team All-American and All-ACC First Team selection while also being selected in the fourth round of the MLB Draft by the Chicago White Sox. Shortstop Devin Hairston was selected as the ACC Defensive Player of the Year, earned All-America honors for the second straight season and was chosen in the sixth round of the MLB Draft by the Milwaukee Brewers.

Along with the success on the field, the Louisville baseball team has also maintained its impressive work in the classroom registering a cumulative team GPA of 3.0 or better for the 12th consecutive semester during the spring of 2017. The notable stretch of academic success has covered six years overall since starting with fall semester in 2011. The span of 12 straight semesters with a team GPA of 3.0 or better includes three College World Series berths, five NCAA Super Regional bids and six NCAA Regional appearances.