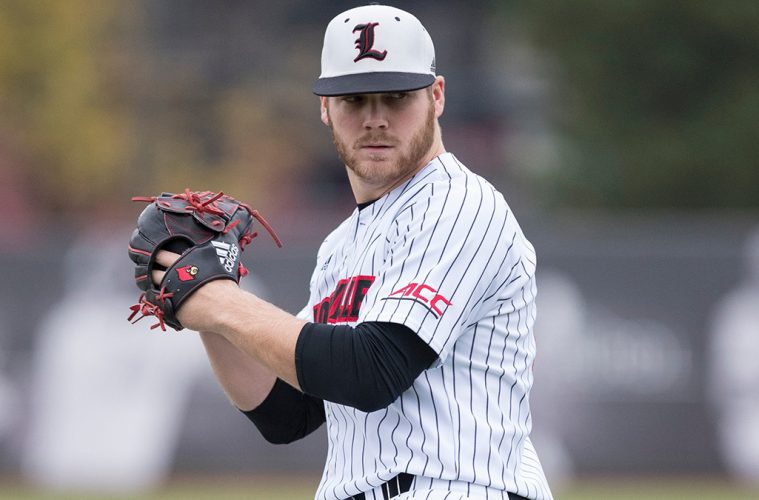 With the 918th pick in the 31st round of the 2018 MLB Draft, the Chicago White Sox have selected University of Louisville right-handed pitcher Austin Conway.

Playing in his only season in the program, the graduate transfer from Indiana State made his mark in the Cards’ bullpen. His ERA of 2.25 over 20 relief appearances is good for the lowest on the team among pitchers with double digit innings pitched, and his opponents batting average of .209 is good for second. On top of being a solid middle reliever, he also recorded a pair of saves on the season. This included one against his former team, in which he tossed 1.2 shutout innings against the Sycamores while striking out 2 and allowing no hits or walks.