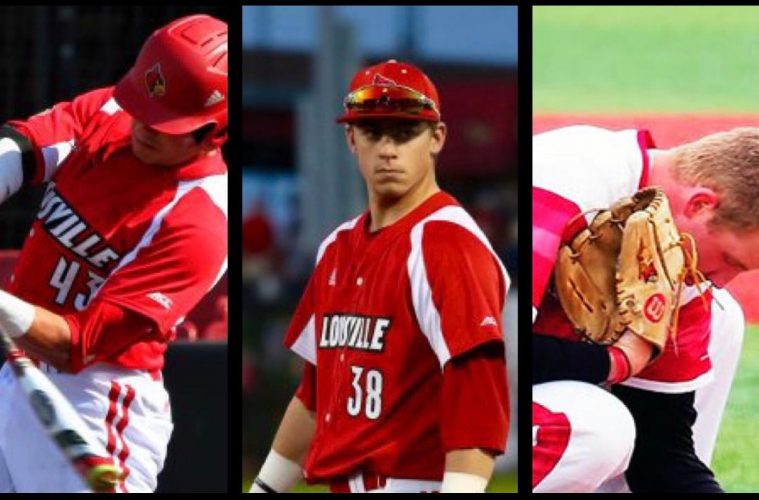 On June 12, 2017, just two days after the University of Louisville Baseball program secured their 4th ever College World Series bid by sweeping arch-rival Kentucky in the Super Regional round, star two-way player Brendan McKay was drafted with the 4th overall pick in the 2017 MLB Draft by the Tampa Bay Rays. The 2017 Golden Spikes & Dick Howser winner, three-time First-Team All-American & John Olerud Two-Way Player of the Year left the University of Louisville having established himself as the greatest players in program history, as well as one of the best and most decorated players in the history of collegiate baseball.

On top of leaving behind an incredible legacy with the Cardinals, moving on to the Majors also presented an opportunity for two separate players to step up to the plate. Infielder Logan Wyatt and fellow starting pitcher Nick Bennett both found themselves playing behind McKay on the roster and the starting rotation with McKay excelling as much as he did at more than one position. Fortunately, McKay did not let all the personal success go to his head, and took every opportunity he could to be a stellar teammate to both Bennett and Wyatt.

“Playing behind him every day and seeing how he prepared and got ready, before practice and before games, it helped me grow as a player,” Wyatt said. The way he carried himself, whether it was taking ground balls or in batting practice, his presence and how he carried himself helped Wyatt understand what it meant to be a Louisville Cardinal. For Bennett, the effect was much more profound on him. “Brendan was almost like a mentor to me,” he said. “Our lockers were right next to each other, so I picked his brain a lot on certain things we would do on the mound. Following a guy like that shows you how to do things the right way, and that’s what I try to do”.

For their sophomore season in 2018 when it was time for the two to step into the spotlight and carry on the high standards of Louisville Baseball, it wasn’t without a bit of a challenge. Despite being the last undefeated team in college baseball like the 2017 CWS team had been the year before, the team would find themselves in a rough patch. Base running miscues, hitting struggles with runners in scoring position, and a pitching staff wide issue with throwing strikes left team with a 20-11 record around the midway point of the season, But neither Nick or Logan were deterred. “I think those struggles helped us and helped me”, Wyatt said. “Going through struggles is what kinda helps you grow as a player and as a team”.

The freshman and sophomore laden roster would eventually find their stride in the second half of the season. The team’s youth and relative inexperience would be overcome, en route to the program’s sixth straight 40 win regular season. A large part of this was due to the leadership of both Bennett and Wyatt despite the fact that they were young guys themselves. “As a team, I don’t think we thought we were not gonna be as good because we lost [the 2017 draftees and graduates]”, Bennett said. “Coach Mac brings in leaders, that’s what he does. Doing simple things like showing a bit of emotion here and there, simple things like that is how you can be a leader”.

By the end of the 2018 season, the pair would lead the ACC in a number of categories, including walks for Wyatt and victories for Bennett. Having an additional year of experience and preparation, personally as well as the whole team, on top of a top 10 recruiting class coming in, they’re ready to make some noise in 2019. While the two are almost certainly destined to end up on the All-American wall in right field at Jim Patterson Stadium, neither is concerned with attaining their own Brendan-McKay-sized legacy.

“I just want to be a great teammate to all”, Bennett said. “Whether it’s baseball, whether it’s school, anything. I want to be someone who’s there for the rest of the team”. Wyatt subscribes to the same notion, saying, “Whatever I can do to teach the younger guys in terms of preparing, whether it be hitting, fielding ground balls, base running, [I want to help them] do all the little things right”.

Nick Bennett and Logan Wyatt are the epitome of selfless players, yearning to sacrifice personal gain for the good of the team. Under the guidance of head coach Dan McDonnell and using lessons learned from him and the mentorship of a player they both have connections to in Brendan McKay, the sky is the limit in 2019 for the two All-Americans and the rest of the Cardinal Nine.