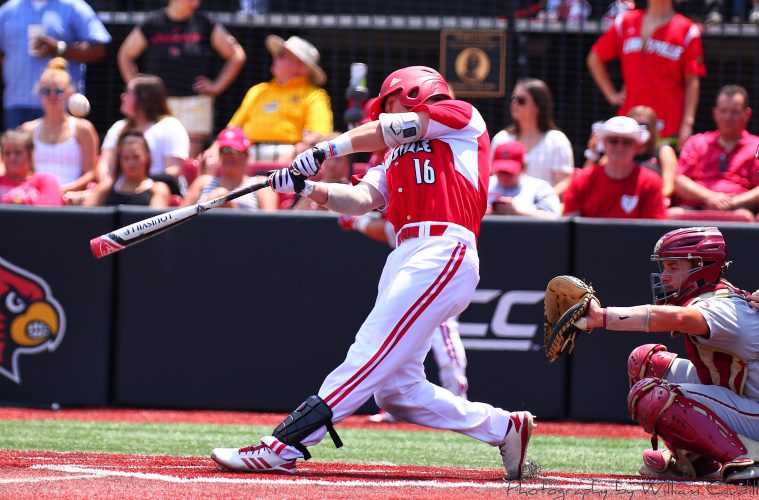 As part of the 2019 edition of the NCAA Baseball Tournament Selection Show, the Louisville Cardinals (43-15) found out today who they will be facing in the Louisville Regional as well as their national seed after it was announced yesterday that they will be regional hosts for the sixth time in seven years.

Despite losing 5 of their last 8 games, Louisville’s overall body of work was still strong enough to warrant being granted the #7 overall national seed in the tournament. This means that not only will they host Regionals, but they will host the Super Regionals should Louisville advance past the first weekend. They are paired up against the Greenville, NC regional where the #10 East Carolina Pirates are the host.

Game 1 of the Louisville Regional will feature the #2 seeded Indiana Hoosiers (36-21) squaring off against the #3 seeded Illinois State Redbirds (34-24). Following that up will be Louisville’s first game of the 2019 postseason, as they will face the #4 seeded Illinois-Chicago Flames (29-21). Both the the Hoosiers and Redbirds received at-large bids, while the Flames punched their ticket after winning the Horizon League Championship.

The Cards have never played Illinois-Chiacgo, but are a combined 27-32 against both Illinois State (4-5) and Indiana (23-28). However Louisville came away with a series win the last time they played Illinois State in March of 2007, and the Cards defeated Indiana earlier this season 8-7 in 12 innings in Bloomington.

The Cardinal Nine will open up their NCAA Tournament run this Friday at 6pm. TV and Radio listings will be determined later this week.