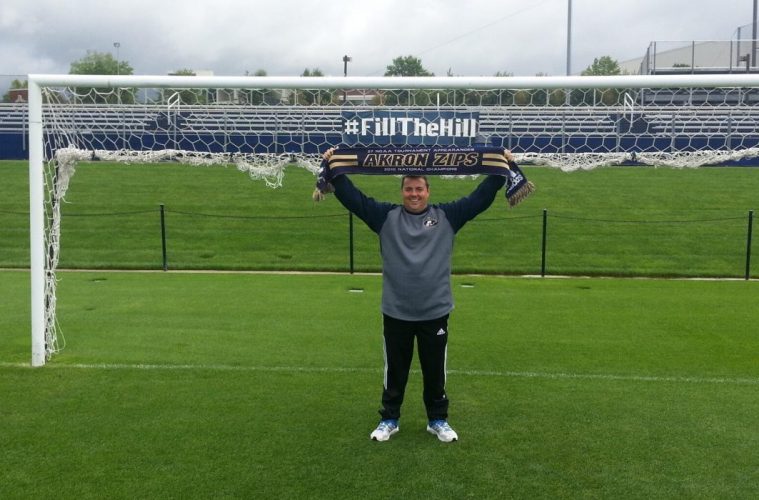 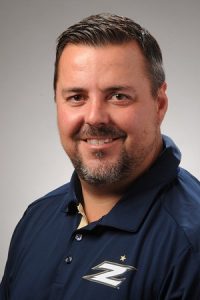 The Courier-Journal’s Tim Sullivan indicated today that UofL AD Vince Tyra is in talks with Akron Zips Men’s Soccer Head Coach Jared Embick to replace the departing Ken Lolla. While sources are unable to confirm, the hire would be both sensible and fitting. Current Louisville City FC coach John Hackworth’s son Morgan just finished his senior year at Akron, and of course Ken Lolla coached the Zips from 1993 to 2005 before coming to Louisville.

Embick is coming off an excellent season with the Zips, reaching the NCAA College Cup Finals before losing to Maryland. Historically, Embick was an assistant under Caleb Porter in 2010 when the Zips knocked off the University of Louisville Cardinals in the cup finals to earn Akron’s only NCAA men’s soccer title. Since taking over the head coaching spot at Akron in 2012, Embick has led the Zips to an impressive 94 (W) – 30 (L) – 13 (D) record. During his tenure the Zips have been perennial MAC tournament champions and consequently have never missed an NCAA tournament berth.

Embick’s recruiting skills are also often praised, as he has managed to consistently deliver top-five recruiting classes both while an assistant and as head coach. This, combined with the Zips attack heavy style of play, has resulted in a large number of Embick’s players being drafted into the MLS or finding roles overseas. Through his affiliation with the U.S. U-16 and U-18 squads he’s also proven to be an excellent conduit for players seeking call-ups to the national teams. Another local face that’s affiliated with the U.S. development teams? That’s right, Lousiville City Head Coach John Hackworth.

However sensible the hire may be, it’s unlikely we will hear anything definitive before classes are in session for the new year. If the deal were to go through, it would be the second consecutive Zips coach to continue their career at Louisville. And without a doubt, the hiring of Embick would be another fitting choice by Vince Tyra.