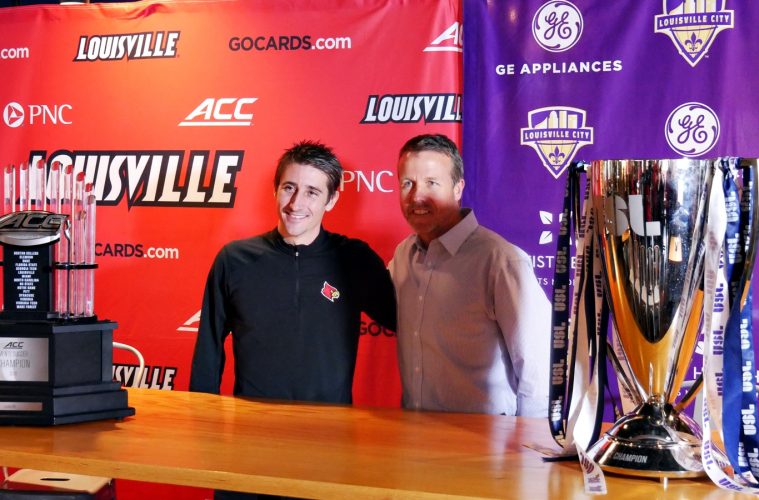 On Saturday, March 2 the University of Louisville men’s soccer team will continue their spring practice schedule in a match with two-time USL champions Louisville City FC. The 502 Derby, also known as the Friend-de-Lis, will be the final pre-season test for Louisville City before entering regular season USL play.

The Cardinals are coming off an 11-5-3 season that saw them earn an ACC championship before saying farewell to long time head coach Ken Lolla. Assistant John Michael Hayden has taken the helm and looks to lead his team to another successful season.

Louisville City FC is the first back-to-back USL champion, and includes notable UofL alumni such as captain Paolo DelPiccolo and recent graduate Geoffrey Dee who is on trial with the professional club.

Tickets are $10 for reserved chairback seats and $5 for general admission and can be acquired at GoCards.com or by calling 502-GO-CARDS. Kickoff is scheduled for 5:02 p.m. on Saturday.