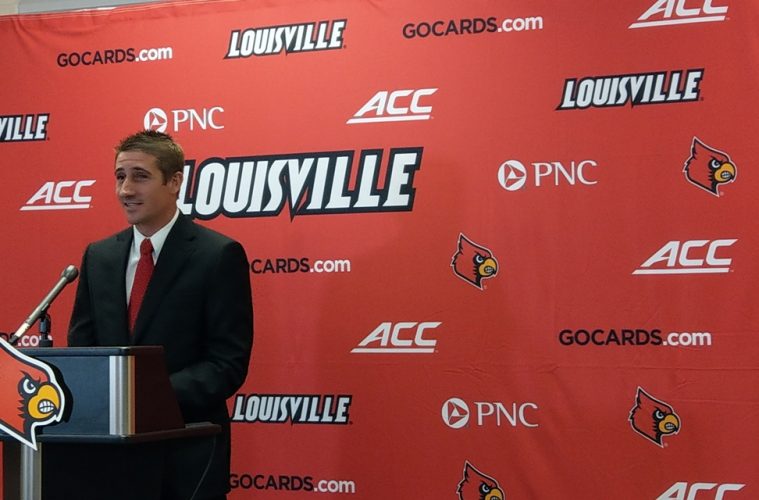 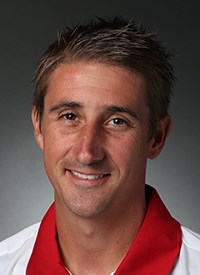 Confounding the local rumor mill, the University of Louisville today announced assistant coach John Michael Hayden will take the departing Ken Lolla’s job as men’s soccer head coach. Up until the past few days the spotlight had been on Akron’s Jared Embick, but earlier this week Akron sources began reporting that Embick had chosen to remain with Akron. Late this morning Vince Tyra put all befuddlement to bed with the definitive announcement.

Hayden is a local star, having earned All-American and Kentucky Player of the Year honors while at Trinity High School. As a top-25 recruit, he matriculated to Indiana where he helped win back-to-back College Cup titles for the Hoosiers in 2003 and 2004. And if Vince Tyra was looking for a coach with local credentials, he could not have made a better selection. John Michael’s wife Hollie is another local star, having played for Assumption and Louisville. Hayden also holds his “A” license with the USSF and has worked as director for the Chicago Fire Juniors and Mockingbird Valley. As his professional career came to a close he spent time with the indoor PASL Louisville Lightning.

That professional career began with a first-round (13th overall) selection by the Houston Dynamo in the 2007 MLS SuperDraft. Hayden would make most of his appearances in U.S. Open Cup matches while with the Dynamo, but was with them during their 2007 MLS Cup championship run. In 2009 he was loaned down to USL side Cleveland City Stars prior to being waived by Houston. This led to a return to Louisville and his involvement with local youth clubs, but Hayden also volunteered as an assistant under his former coach Ken Lolla from 2012-2013. Having earned some coaching credentials, he went on to assistant coaching jobs at Lipscomb and Xavier before finding himself back in Louisville as a full-time assistant for the Cardinals.

Both the local pedigree and the consequent connections were called out by Tyra and Hayden in today’s presser at Dr. Mark & Cindy Lynn Stadium. We asked Hayden about his connections with local soccer and the continuity for players currently on the Cardinal roster.

I’m excited because I know [Louisville City FC coach John Hackworth] and his philosophy on youth development…I know he wants to integrate himself into the youth more, and I can help along those lines…I was in the youth scene for a number of years myself for Mockingbird Valley which is now Chicago Fire Juniors. I’m excited to continue to foster a relationship.

The number of conversations I had, they were really excited. I think, again, I have really good rapport with each one of them. So to be able to make contact with them and tell them the news, I could tell they were excited.

During the presser, Tyra commented that Hayden had been informed he was being considered for the head coaching spot from day one of the search. As time went by, the athletic director discovered he was spending more time trying to find reasons to not hire Hayden. Per Tyra, the recruiting, Hayden’s local connections, and his dedication were strong factors. In terms of player relationships, Tyra said of Hayden, “…we try to bring in coaches that will build [players] up rather than tear them down.”

Hayden takes over a squad coming off an ACC championship followed by a disappointing NCAA second round loss to Michigan State. Hayden is only the fifth coach for UofL men’s soccer, and has been given a four year deal to run through December 31, 2022. While Hayden has been an assistant, the Cardinals have garnered a 52-19-11 record and two conference championships. He currently resides in Louisville with his wife Hollie and their two sons, while a third child is on the way.