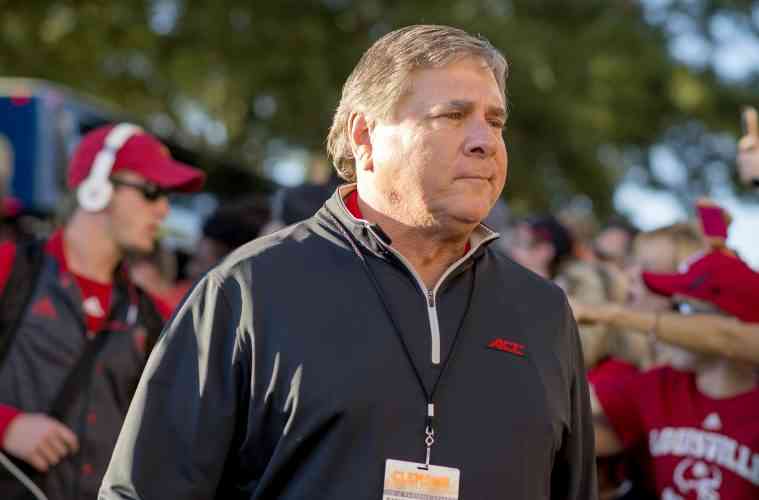 Albert Einstein said it best. Such is so in the case of Tom Jurich and his dismissal from his position as Athletic Director at the University of Louisville. In his tenure at UofL, he took the university to unprecedented heights. He helped facilitate the construction of world-class athletic facilities, made women’s sports and non-revenue generating sports relevant, and took us from Conference USA to the prestigious Atlantic Coast Conference. Everything that he accomplished at UofL is what makes it so hard to let him go. Yet in the end, it is what had to be done.

Loyalty is a trait that everyone seeks to attain, and Jurich’s loyalty to Rick Pitino was steadfast. However, it is important to be loyal to a fault, and his unwavering loyalty to Rick Pitino was his downfall. Jurich and Pitino’s friendship is well documented. But if you truly care about someone, sometimes you have to look past the friendship and confront them about their faults if you truly want to fix them and move on. If the faults are not fixed, if those faults cause toxicity in your life, then maybe it is best to part ways with that individual in order to better your life.

I’m not one to act like I know the inner workings of Jurich and Pitino’s friendship and business relationships. However, one could make the argument that after Pitino was not fired for the Karen Sypher scandal, he might have developed a sense that he could get away with anything. If this was not true after that scandal, it would almost certainly be the case after the Katina Powell/Andre McGee scandal. It was even more obvious with the Brian Bowen & Adidas scandal. Not only had Pitino developed a sense that he could do no wrong under Jurich, but it had gotten to the point where even Pitino’s assistant coaches felt like they could get away with anything, and this was the second time this had occurred. Rogue coach or not, the precedent had been long set.

Whether he meant to or not, Jurich enabled Rick Pitino to the point where he felt like he could do anything and he could get away with it. Pitino continued to drag Louisville’s name through the mud, and Jurich let him remain so that he could continue to do so, and that is unacceptable. It is because of this that Louisville is now perceived on a national scale as a renegade program where scandalous behavior is swept under the rug and permitted to exist. While that might not have been Tom’s end game, in some ways perception is reality. In order to completely shake this notion that Louisville is the Wild West, not only did Pitino have to go, but Jurich had to go as well. While I’m not a fan of the way he was fired, in the end, in order for Louisville to get past everything, this is what had to happen.

There is reason for optimism though. Jurich performed his duties as AD so well that he not only did a good job personally, but he also raised the standards of everyone else in the athletic department so that once he was no longer in power, those around him would be able to carry on with business as usual. He set the department up to succeed without him. So just because he is no longer the AD, the University of Louisville will not regress to lowly commuter school status. The ACC will not kick us out (if UNC isn’t gone, we certainly aren’t), the buildings he helped oversee will not be torn down, and the world class coaches he helped hire will not be quitting because he is no longer in charge. Jurich set UofL up for the long game. While this is not the way I envisioned him leaving the university, as an alum, I am thankful for everything that he did for us, and I am excited for what the future holds for UofL and the community that supports it.