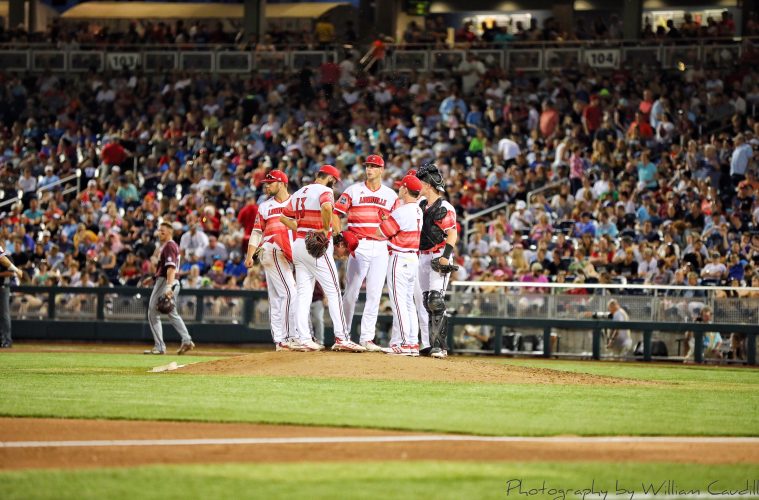 Today a quartet of Cardinals received their official invitation to participate in the training camp for the USA Baseball Collegiate National Team in an attempt to make the final 24-man roster.

A trio of sophomores and a freshman will be representing the Cardinals, with Reid Detmers, Bobby Miller, Michael Kirian and Alex Binelas heading down to the USA Baseball National Training Complex in Cary, North Carolina. They are the first Louisville players to represent the USA Collegiate National Team since Brendan McKay & Devin Hairston did so in 2016. The 2019 edition of the USAB CNT has an additional Cardinal connection, as it is managed by Louisville head coach Dan McDonnell.

Training camp will consist of four Red vs. Blue intrasquad scrimmages taking place on June 27th through the 30th, with the 24-man roster being announced thereafter. Should any of the 4 Cards invited make the team, their first order of business will be a match against the Coastal Plain League Select on July 1st. Following that will be a 5 game series that pits the Collegiate National Team against Cuba from July 2nd to July 6th, with each game taking place at a different location in North Carolina. They will cross international borders after the Cuba series, taking on Chinese Taipei from July 9th to July 12th at Taiching City Stadium in Taiching, Taiwan. Finally, they will conclude their trip abroad with a 5 game series against Japan in the 43rd USA vs. Japan Collegiate All-Star Series taking place from July 16th to July 22nd.

Sophomore left-hander Reid Detmers is coming off arguably the best pitching season in program history, setting the single-season strikeout record while tying the single season win record. Fellow sophomore southpaw Michael Kirian went from worst-to-first in the ERA department, posting a team best 1.69 ERA after having an ERA over 12 the season before. The only right-hander invited to North Carolina, sophomore Bobby Miller was instrumental in Louisville’s road to Omaha, sporting an ERA of 2.60 in 3 postseason appearances including a near no-hitter against East Carolina in the Super Regional. Finally, freshman third baseman Alex Binelas is the lone position player representing the Cards, leading the team with 14 home runs and being the first Cardinal in 21 years to hit for the cycle.