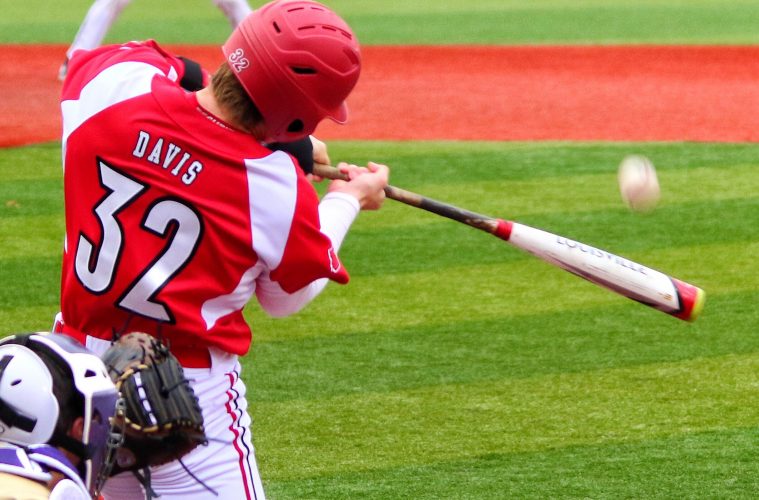 Over his 13 years as the head coach of the University of Louisville Baseball program, Dan McDonnell has had his fair share of stars come through 3rd and Central. From Chris Dominguez to the Burdi brothers, and Corey Ray to Brendan McKay, the All-American Wall in right field of Jim Patterson Stadium has grown exponentially since its inception, and it will continue to grow as long as Coach Mac is the skipper.

Even this season, the roster features players who have already been named All-Americans or who are on the right track to become one. Junior first baseman Logan Wyatt already has his spot on the wall after being named one last season, and sophomore Reid Detmers is making a strong push this season to end up right next to him, as well as junior shortstop Tyler Fitzgerald.

But behind Wyatt, Fitzgerald and Detmers is are a whole roster full of teammates who they help build off of to help attain their star status. Two of the most influential players on the diamond for all three of them are sophomore second baseman/center fielder Lucas Dunn and freshman catcher Henry Davis. Despite not garnering the national attention and accolades that Wyatt, Fitzgerald and Detmers do, Davis and Dunn have zero issue with not being in the limelight.

“It’s easy to fly under the radar and still get to put up numbers,” Dunn said. “You might not get as much attention, but you can still play your game and they help you out as well.” For Davis, not playing in the spotlight has actually been beneficial to him. “Those guys take a lot of the pressure off and it’s nice to still get to contribute,” he said. “I really just try and do my part whenever it’s my turn and do the best I can.” Still getting to stick to their game without receiving as much attention for it is a big part of how they play on the diamond.

This rings especially true for Dunn. Last season in 41 appearances and 11 starts, he batted .303 over 66 at-bats as a freshman, collecting 11 RBIs on 20 hits and also drawing 11 walks. This season as a full time starter, his game has seen a big jump on the stats sheet. In just a quarter of the season, his batting average has risen from .303 to .340 and has just 4 hits short of his entire 2018 total. He is second on the team in batting average, on base percentage and slugging percentage, and is 0.001 away from being tied for second on the team in OPS.

Out of Tyler Fitzgerald and Logan Wyatt’s combined 28 RBIs, Dunn has been the runner sent home in 10 of those 28 RBIs, more than anyone else on the team. Dunn himself said that it’s important for him to not only perform himself as a player, but also make the Fitzgerald/Wyatt duo better players for their respective big league future. “That’s an important part of my job,” he said. “We have a lot of juniors, and coming in I was one of the only sophomores. There’s a little bit of pressure with the draft coming up, but I come in and try and help them for their future.”

For Davis, he faces a different pressure of sorts, as he is one of 6 catchers on the roster for the Cards all fighting for one position. Through the first month of the season, he has established himself as mostly the backup catcher role, with senior catcher and captain Zeke Pinkham leading all catchers in starts with 9. But Davis isn’t far behind, as he has been the starter behind the dish 8 times this season. Although it’s a fierce battle behind the plate, Davis isn’t bothered by the pressure and just wants to see the Cards win. “I’m just trying to make the most of every opportunity I get,” he said. “Whoever is best at the end will help us win the most.”

While he is just a freshman, he has already proven himself to be a valuable commodity. Just ask Reid Detmers and Bryan Hoeing. In all three of Detmers’ double-digit strikeout starts, two of which gave him ACC Pitcher of the Week honors, Davis was the man catching. He was also the backstop in the game in which Bryan Hoeing set his career high in strikeouts against James Madison.

A big factor in the phenomenal performances by both pitchers is Davis’ pitch framing prowess. While it is still early in his career, he appears to possess the ability to manipulate a pitch with the best of them by smoothly and seamlessly taking close balls and bringing them back into the strike zone with ease. When asked about his defensive abilities as a catcher as it pertains to helping the pitcher, he simply put “I’ll fight for them.”

Like Davis, Dunn also carries on Coach Mac’s mantra of “be a team player”. So far this season, the top of the lineup guys have consistently been Dunn, left fielder Jake Snider, Fitzgerald and Wyatt batting cleanup. Beyond the top of lineup has been a little less than consistent, as Coach Mac has assembled a different 5-9 lineup in almost every single game in an attempt to find what works best for the team to win. Instead of solely focusing on his own craft, Dunn has also been working with everyone he can in order to make the team more competitive.

The message that Dunn has helped give to the rest of the hitters is ironically enough: trust the process. “One of the things Coach Mac says is just trust the process,” he said. “[You need to] take every pitch and every at-bat and try to win that moment instead of trying to do too much. Just do your job, and the hits will come.” Well, as of late, the hits have certainly been coming.

Louisville is fresh off a two game sweep of #7 Ole Miss in a series where the most clutch moments came from the bottom half of the lineup. Only batting .160 on the season to that point, sophomore catcher/right fielder Zach Britton delivered a bases loaded base hit in extra innings to walk off the Rebels in game 1. The very next day, freshman third baseman Alex Binelas had an incredible 2-4, HR, 4 RBI performance, all while batting from the #9 spot in the lineup.

With the Cards set to embark on their first true road series of the season this weekend, the team’s confidence is sky high, and both Davis & Dunn are proud to see the cohesion between all the hitters on the roster. “The vibes in the dugout have been really good,” Dunn said. “If we can keep that energy up, we’re just going to feed off each other and blow up here pretty soon.” Davis agreed, saying: “We play our best baseball when we play for each other. And when we do, we can’t be beat.”

From day 1, Coach Mac has held everyone in the program to the same expectations. It doesn’t matter if you’re a star player or a role player, you still have to be disciplined and do your job. Accolades and attention shouldn’t play a factor into your work ethic and drive, and that exactly what defines Lucas Dunn and Henry Davis. It is because of not only the superstars, but also the players behind the scenes as well that make Louisville Baseball such a special program.