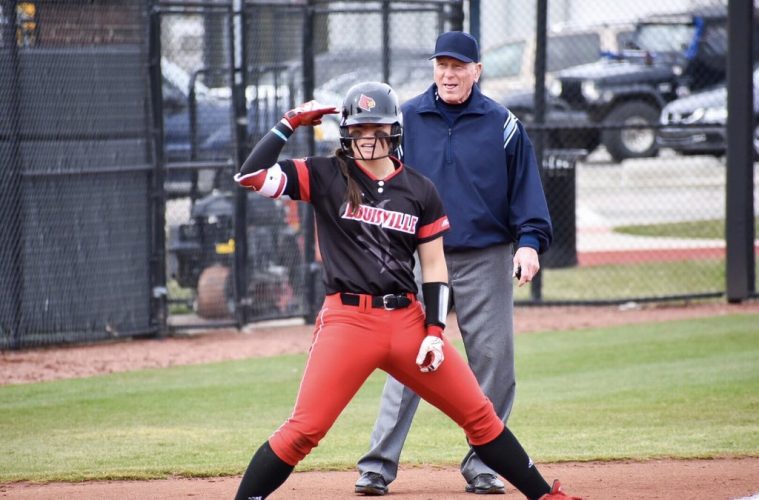 Prior to Tuesday’s match-up, the Eagles were sporting an 0-11 record with their previous 4 games being cancelled due to weather. So we knew coming into it that this would not be the greatest challenge for the 15-7 Cardinals but there is always something to be learned about a team in every matchup. If there were ever such a thing as too much offense for one team, this was it.
Freshman Rebecca Chung went 4-for-5 with four RBIs and junior Celene Funke went 4-for 8 with two triples, a home run and a double, scored three runs and collected four RBIs on the day to help pace the Cardinals offensively in the twin bill.

Game 1 vs Morehead State W 8-0
Sidney Melton set the school record with 4 stolen bases and Celene Funke recorded her first career homerun. The two paced the Cards offensively going 4-6 with 4 RBIs. The team would finish with 8 runs on 10 hits in the game.
Taylor Roby got the win in the circle after giving up 1 hit and striking out 7. Sophomore Danielle Watson allowed one hit and struck out three to help Louisville to its third shutout in the last four games.

Game 2 vs Morehead State W 21-1
Caitlin Ferguson tied a school record with four runs while Chung, Wolfe and Charley Butler collected three RBIs apiece as Louisville tallied a season-high 21 runs – falling one short of tying a school record.
The Cards used 5 hits and Butler’s second HR of the season to jump to a 7-0 lead in the bottom of the first. They would score 5 more in the bottom of 2 and 4 more hits in the 3rd would plate 6 in the bottom of 3.
Megan Hensley (6-1) got the win, allowing one unearned run on three hits and striking out four in 3.0 innings of relief. Watson held the Eagles scoreless and fanned three in 2.0 innings.

Quick Hitters
• Louisville now leads the series with Morehead State 11-1.
• The Cardinals are 10-1 in the month of March.
• Funke leads the team with a .393 batting average, 23 hits and six triples.
• Hensley has a team-best 20 RBIs.