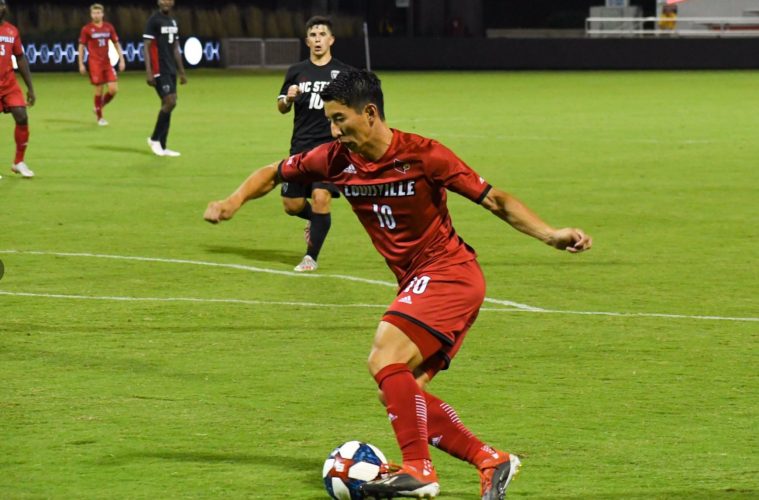 Louisville bounced back after falling to NC State Friday night to defeat non conference foe, Belmont 3-0 on Tuesday night at Lynn Stadium. The win makes the series 8-0 in the Cards favor. It was UofL’s 5th shutout of the season.

The match was scoreless at the halftime break. The Cards lead the Bruins 11-2 in shot attempts and 7-0 in corner kicks in the first half but were unable to find the back of the net. Until the second half when Cherif Dieye was able to shake two Bruin defenders and put the ball in the lower left side of the net in the 69th minute; it was his 5th goal of the season.

Just a minute later, Kino Ryosuke increases the lead to score the ball in the same spot of the goal. Elijah Amo sent a pass to Ryosuke through several defenders around the box. Kino’s second goal of the game (3rd of the season) came in the 79th minute. Cody Cochran fed the ball off of a short pass inside the box, Ryosuke sent a shot over a Bruin defender to the top right corner of the net to make it a 3-0 advantage for Louisville.

The Cardinal defense held Belmont without a shot on goal and just two shots overall, as the Cards finished the game out-shooting the Bruins 23-2.