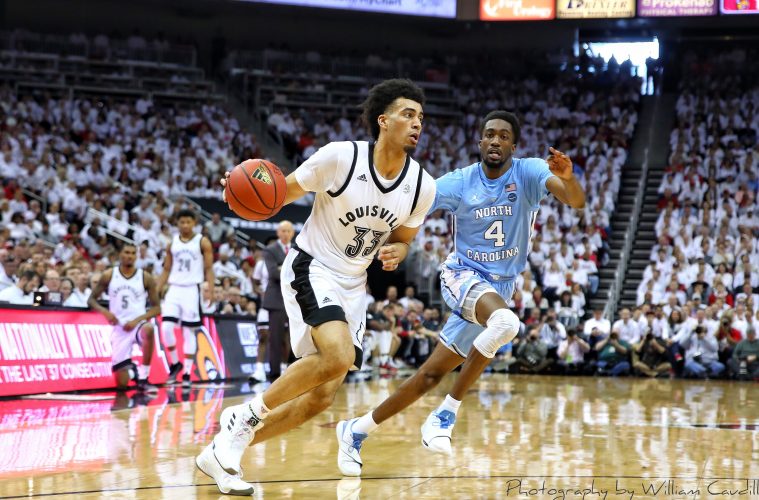 I’ve taken to dividing Louisville’s ACC regular season into two major sections: the stretch from the UNC beatdown in mid-January to the UNC loss in early February, and then everything after that. It would certainly be nice if the Cards could put a cap on things in the rubber match tonight against North Carolina, but to be honest I don’t have the highest hopes. That’s not to say all is despair, however. With the intensity Louisville’s shown over the past three games (Notre Dame, Virginia, Notre Dame) they’re looking like a team that’s regained a bit of mojo. Can they keep it going?

Apparently Rebounding Is A Good Thing

February 2 – Dwayne Sutton grabs eight rebounds to go with his 17 points but the Cards are out-rebounded by the Tar Heels 49-32. Luke Maye and Cameron Johnson both have double-doubles.

Seems to be a pattern here. Yesterday against Notre Dame it was an overall team effort, with Jordan Nwora grabbing nine rebounds to just miss a double-double. Even guys that didn’t have great offensive contribution were hitting the glass: Sutton with 10, Malik and Steven with seven apiece. It’s a well known fact that the shots aren’t always going to fall for the Cards. Hit the glass, and you can mitigate the impact with second chance points down low.

When The Defense Is On, So Is Louisville

Louisville had an amazing offensive performance in January against North Carolina. But it was the defense that turned a competitive game into a total demolition of the Tar Heels. UNC was held to 3 for 22 three point shooting while Coby White, who averages 18.1 PPG at this point, was held to just four points. In February, Maye and Brooks had a field day in the paint for UNC while Johnson and Williams were able to find open shots from the perimeter.

Steven Enoch and Malik Williams are going to have to step it up again. Both looked good against Notre Dame. And sure, you can say, “But it was Notre Dame,” but it’s also fair to say that the Cards are starting to play more cohesively on defense over the past several games. If they can stay bodied up with the Tar Heels they’ll stand a chance of getting the offense going and making it a game.

Christen Cunningham wasn’t a big producer against the Irish on Wednesday night, but it wasn’t necessary for him to shoulder that burden himself. V.J. King and Darius Perry (happy birthday!) stepped up both offensively and defensively. The Cards are playing like a team with a bit of swagger. But it’s the kind of swagger that comes with confidence and team unity. Enoch and Williams need to have a big game in the post. Darius and V.J. need to be ready to go again. Jordan? Well, Jordan seems to be covering his end of the bargain just fine. The other guys seem to be ready to hold up theirs.