Cards woes continue as they fall to Syracuse 78-73 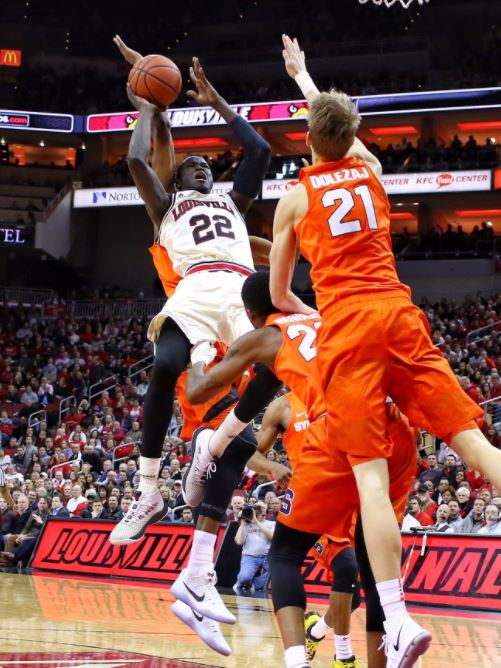 The Cardinals losing streak stretched to three after a loss to Syracuse. So far the friendly confines of the Yum!  have been anything but.  The Cards have dropped their second home game in row.

Syracuse,  used big games by Oshae Brissett, Frank Howard, and Tyus Battle to put the Cards away. The Syracuse 2-3 zone seemed to frustrate  Louisville who shot an abysmal 5-21 from behind the arc.  The Cards were led in scoring by Ray Spalding who had 18 points and  9 rebounds.  Anas Mahmoud and Deng Adel each added 10 points.

Syracuse’s guards were unstoppable.  Led by Tyus Battle’s 25 points the Orange shot 46% from three and 47% for the game. Frank Howard tossed in 22 points for Syracuse as well. The Orange are down to 6 healthy players but used strong guard play to put the Cards away.

The Cards have lost  three straight games after a hot streak in January.  Their record is now 16-8, 6-5 in conference and they have the toughest part of their schedule coming up in a few weeks. The Cards must regroup and fast starting this Thursday when Georgia Tech comes to the YUM!

Here are your stats: