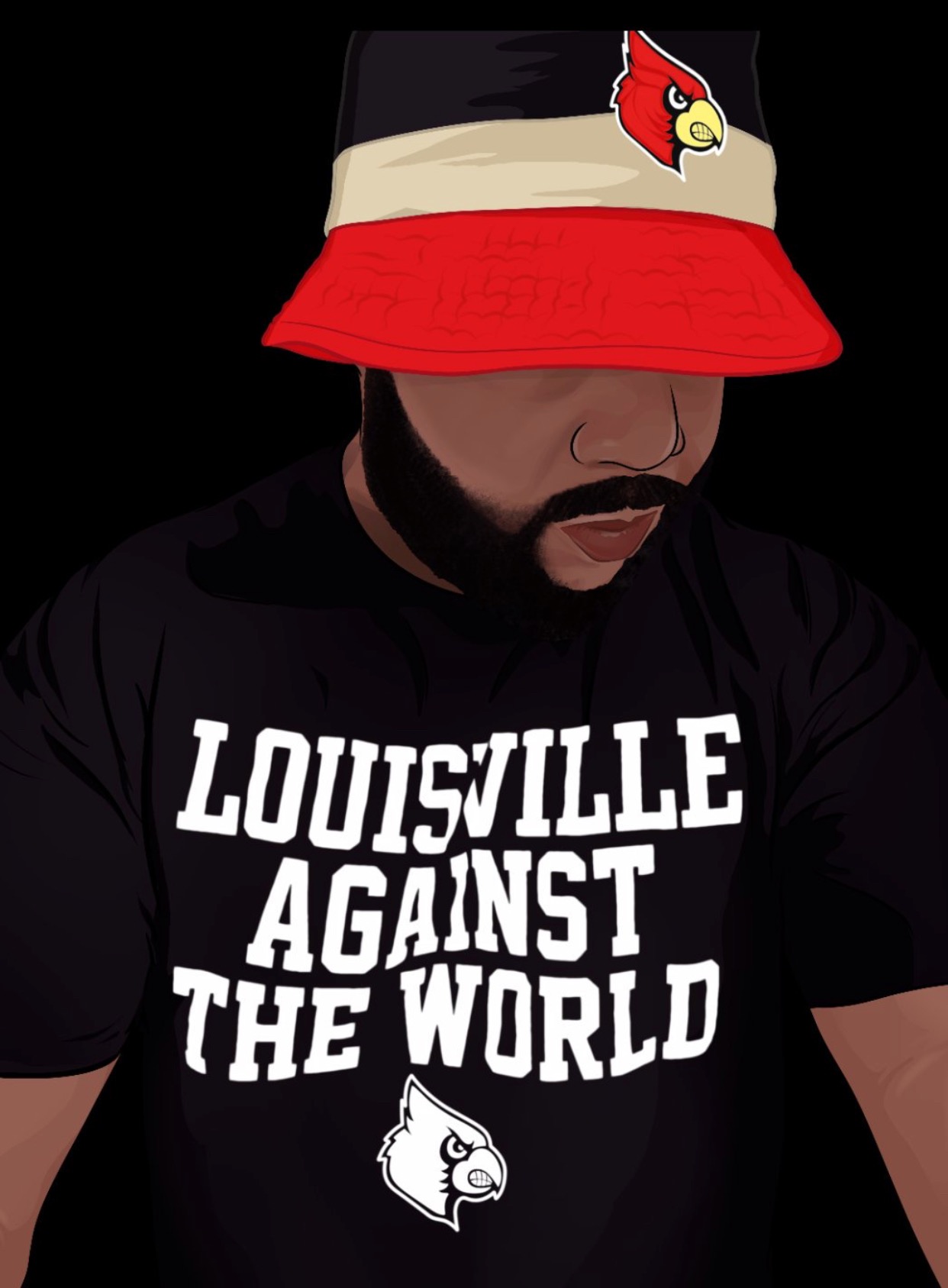 “ALL RISE!!! Court is now in session. The honorable Bucket Hat King LJ tha Fiasco presiding. Please be seated and come to order

I began writing this blog in 2015 as a way to connect with other Louisville fans. I never expected it to go any further than that.

It was meant to be a lighthearted way to recap a huge win or detail an embarrassing loss but nothing more than that. I didn’t expect to have people relate to it.

But they did I am a grateful for the experience. I am appreciative of the friendships formed, the interviews granted, the podcast topics birthed, and the laughs had.

This is the last edition of BucketHatism. This will also be my last blog entry that I write for The Crunchzone.com

I am not leaving to go to another website and Mark Blankenbaker and I didn’t have a falling out. It’s just time, that’s it and that’s all. The passion for writing this blog is long gone. The excitement of recapping games and coming up with witty ways to document them has passed. It’s just not fun anymore, none of it.

Rather than be miserable and push through, I decided to give it some time. And after that I gave it more time and even more thought. It became apparent this was no longer for me….and that’s fine.

I set goals for myself and the TCZ podcast and I have accomplished what I set out to do. Cover Louisville athletics, check. Have some great content with the coaches and players, check. Interact with fans via social media and on the radio, check. I’ve done way more than I expected to do and for that, I am thankful.

But it’s time to move forward. Recently, some events have arose that has made the decision to leave TCZ easier to make. Those events are not related to anything with the website, but more so in my personal life. I will turn 40 in a few months, and as awesome as it was blogging about UofL athletics unfortunately it doesn’t fit into the new chapter that I am currently working on. I am not speaking down or acting like I am “too good” for this. Its just not something I am interested in pursuing anymore, and like I said earlier, that is fine.

One thing life has taught me is that everything has an expiration date. At some point, we have all had a hobby that we loved and poured our all into. Then one day, we decide we are on to other things and our one time hobby is just a distant memory. Something that we chuckle or smile about when we look back on it.

I will never forget my first trip to Death Valley. My first player interview was with Charles Standberry, and the only thing we discussed was Netflix shows. The first time I joked with Ryan McMahon about being hated by all the men in Louisville due to his sex symbol status. Interviewing Lamar Jackson and Jaire Alexander months before they would be first round draft picks. Pissing off Chris Mack when I brought up the Duke game after the Cards blew a 23 point lead. Covering the NCAA tournament and seeing two of the greatest games I have ever witnessed……and then having to watch Virginia cut down the Yum Center nets on their way to the Final Four. Screaming at Bobby to run the damn ball against FSU (he did not) and yelling at our basketball team to just dunk the damn ball.

I have enough memories to last me a lifetime. I have more to do, but this is my stop and I have to get off the bus now. Before I depart, I have to give flowers to certain people who have helped me along the way.

Thanks to Jeremy Wahman of CSZ. The first person to give me a platform to write on. Your generosity won’t be forgetten. I appreciate all that you did for me while I was there. Thank you for taking the chance.

I will always give props to Mike Rutherford. ALWAYS. Card Chronicle is one of the best Louisville sites going and to see if go from little known to mainstream while not missing a beat is remarkable. Mike has never shied away from pulling other fans and Louisville based websites up even after he began getting notoriety. He has continuosly showed this blog respect by posting it on his site year after year. That meant a lot to me, and it meant a lot to the TCZ podcast. One thing I have learned, there are some people out there that are all about self, and how they can elevate their position with UofL. Mike is not one of them. If selfless had a pic in the dictionary, I imagine Rutherford would be there. Thank for everything bro, seriously.

Thanks to Mark Blankenbaker. A week after joining TCZ I was doing live radio. Two weeks later I was hosting a football special on 93.9 The Ville. I am forever grateful for those opportunities and many more. Mark has always let me write exactly what I feel, and called me frantically when I have went too far (see 2018 football season). I never thought we could hate another team not name UK, but Mark proved that Clemson would suffice. I learned a lot about how things work behind the scenes, and I appreciate everything.

And finally, thanks to the bobbaganoosh himself Dave ‘Biscuit” Scull. My good friend, who I consider a brother. Thanks for all you do and continue to do for my family and I. You will forever be in my favor, and that is me being completely honest with you. I wish you well in all that you do going forward, you deserve it.

I will still be around UofL athletics . Like I have said many times before, I am a fan like you. That type of thing doesn’t just stop. But if you took time to read this blog, or share it with someone, or if it made you laugh out loud, thank you. If you got a chuckle out of it, or if it pissed you off, thank you.

I had fun writing it, and I was good at it. That’s all that matters.