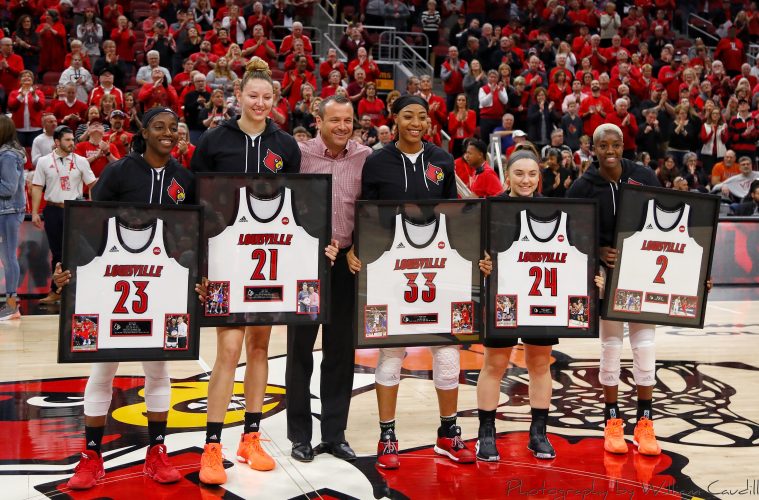 The 2020 WNBA Draft was a virtual affair thanks to a responsible approach to COVID-19 social distancing. Ryan Ruocco and Rebecca Lobo led things from the studio in Bristol on Friday night (six feet apart, of course) with Holly Rowe on remote.

The draft was kicked off with the honorary selections of Gianna Bryant, Alyssa Altobelli, and Payton Chester. All three young women were victims of the helicopter crash that also took the life of Gianna’s father Kobe Bryant.

In order to preserve some of the mystique of the draft, WNBA commissioner Cathy Engelbert had shipped care packages containing gear from all 12 WNBA teams to the top prospects. But it was no surprise when the New York Liberty selected Oregon’s Sabrina Ionescu as the number one overall draft. Ionescu joins former Louisville star Asia Durr in New York.

The Liberty had three first round picks, selecting first, ninth, and twelfth. It was with that twelfth and final pick of the first round that the Liberty chose Jazmine Jones. Louisville Twitter was immediately alight at the prospect of Jones and Durr teaming up once again.

The excitement felt at Jones’ selection exploded immediately as the Liberty selected Kylee Shook with the first pick of the second round and thirteenth overall.

The reunion of Durr, Jones, and Shook will be one to watch. What remains to be seen is how (and when) we’ll be able to watch it.