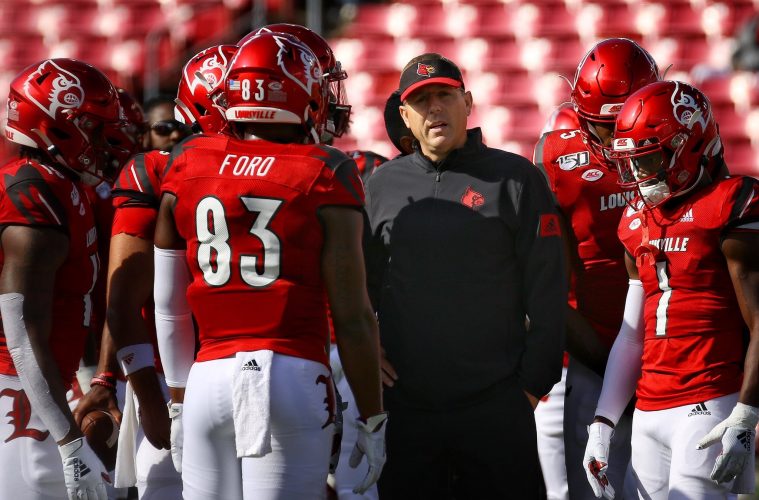 Louisville football head coach Scott Satterfield talks about the 45-10 loss to Clemson and looks ahead to next Saturday against the Virginia Cavaliers at Cardinal Stadium. Kickoff is set for 3:30 p.m.

Hassan Hall was injured against the Tigers and is listed as day-to-day after not practicing on Sunday. As for the QB spot, Satterfield says he’ll continue to rotate Micale Cunningham and Evan Conley and has equal amounts of confidence in both.