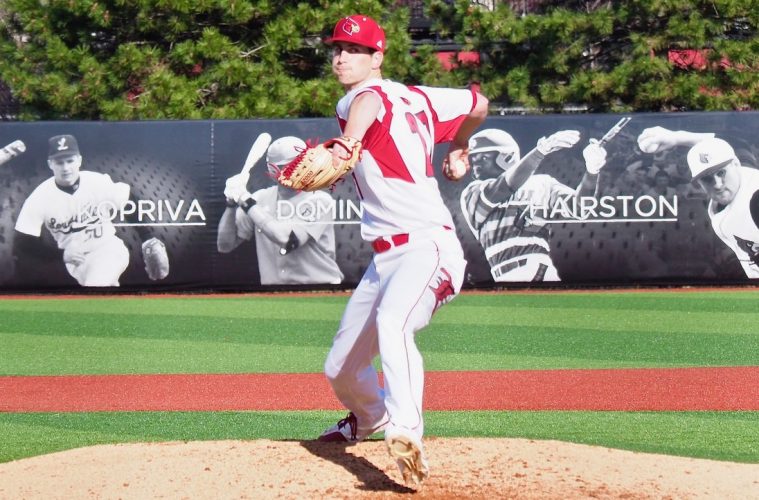 Able to avoid the snow just 90 miles up the road back home, the #11 Louisville Cardinals used the pitching staff to their fullest extent, as they used 8 different pitchers to help secure an 8-5 victory over the Western Kentucky Hilltoppers. Louisville had to rally from behind three separate times, including a 5 run rally in the eight inning.

The Cardinal Nine found themselves in another early deficit, allowing a leadoff solo shot in the second inning of the contest. Fortunately, Louisville was able to waste little time responding and was able to tie up the game from an RBI double off the bat of sophomore first baseman Logan Wyatt. By the time Western Kentucky had pulled ahead again, the Cards were on their third pitcher of the game.

While junior right-hander Bryan Hoeing got the start for the game, it might as well have been a bullpen appearance as he only made a 2 inning start. Relieving Hoeing, junior right-hander Liam Jenkins tossed a scoreless frame in the third, then when freshman lefty Reid Detmers relieved him in the fourth, WKU seized the lead again with yet another home run to make it 2-1 after four innings.

Not to be outdone, facing a crucial situation with runners on second and third, junior second baseman Devin Mann delivered for the Cards yet again. This time with a bases clearing double in the fifth to pull ahead 3-2. Hoping to keep the lead for good, sophomore right-hander Austin Dickey kept the Hilltoppers off the board in the fifth, but unfortunately an error in the outfield would allow 2 runs when freshman left-hander Michael Kirian made his appearance in the sixth.

The error wouldn’t keep the Cards down long though. Louisville would storm back with an impressive five runs in the eight inning. Back-to-back RBI singles by Tyler Fitzgerald and sophomore infielder Jake Snider would bring home 3 runs and then a 2 RBI single courtesy of sophomore outfielder Danny Oriente would put the Cards up 8-4. Scoreless innings by graduate transfer right-hander Austin Conway and sophomore left-hander Adam Elliott in the seventh and eighth inning respectively, as well as a 1 run ninth inning tossed by junior right-hander Sam Bordner would hold the 8-5 victory for the Cards.