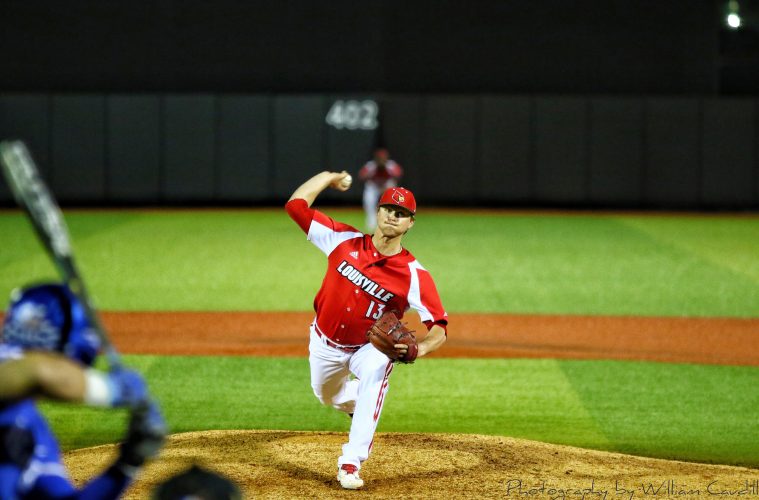 Junior right-handed closer Sam Bordner has been named to the National Collegiate Baseball Writers Association’s Stopper of the Year midseason watch list. Bordner was one of 41 relievers named to the list, including 4 from the Atlantic Coast Conference.

Sporting an ERA of 3.37 over 18.2 innings pitched, his 13 saves ranks 1st in the ACC and 10th in the nation. Since being introduced in 2005 by the NCBWA, Louisville pitchers have been no stranger to the award. Cardinal pitchers Nick Burdi and Lincoln Henzman won the award in 2014 and 2017 respectively, with the Texas Longhorns being the only school with more winners (3: 2005, 2010, 2011).

Finalists for the award will be announced on June 7th, with the winner being revealed on June 17th.