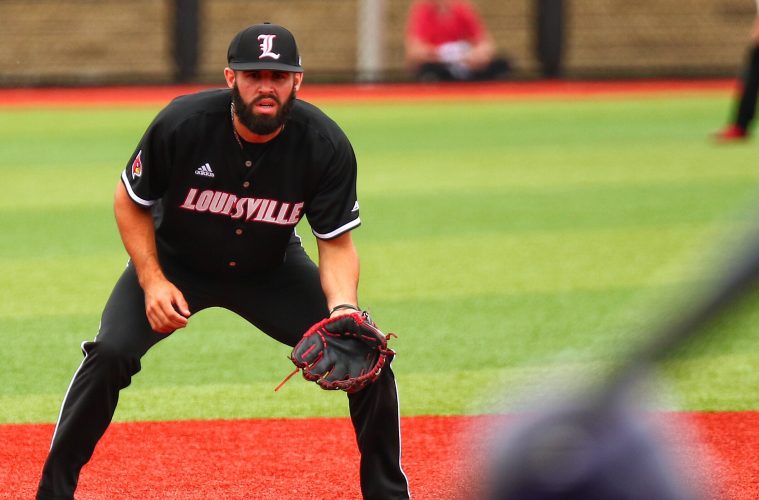 After opening his season just 2-19, the Oak Creek, WS native went on a midseason tear that was partially responsible for the resurgence of the Cardinal Nine’s offense. Starting with a 2-4, HR, 4 RBI performance against #17 Ole Miss on March 13, he proceeded to bat .424 between then and April 30, where he 3-5 with 4 RBI vs. Western Kentucky with his batting average peaking at .369 on the season. Winning ACC Player of the Week twice, he was also awarded with Perfect Game National Player of the Week after hitting for the cycle along with 10 total RBI vs. Alabama A&M. Heading into Omaha, his .307 batting average is fourth on the team.

Binelas and the rest of the Cardinal Nine will take the diamond next in Omaha, Nebraska for Louisville’s 5th appearance in the College World Series. They will do battle against the #2 Vanderbilt Commodores (54-11) this Sunday at 2pm on ESPN.