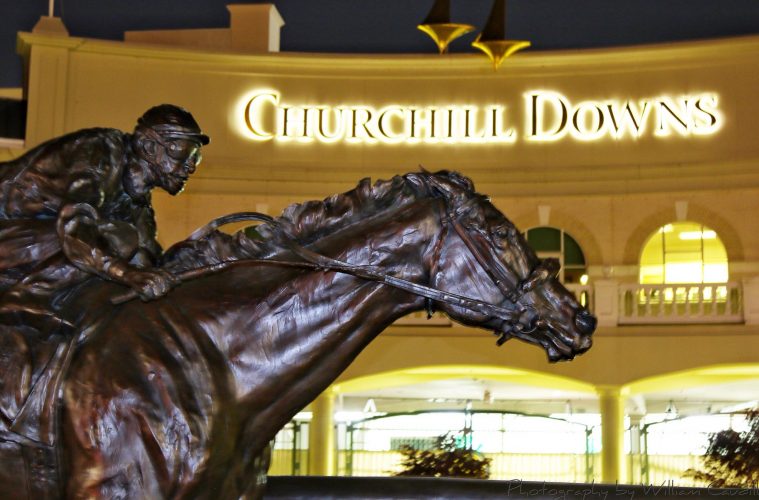 Breaking down the 145th Kentucky Derby horse by horse. Why each horse CAN win, why they can’t and some notes about each horse.

Maximum Security is a New Year’s Day Colt trained by Jason Servis and owned by Gary & Mary West and bred by Gary & Mary West. Maximum Security’s first race was a $16K MAIDEN CLAIMING race at Gulfstream on December 20th. Now, he’s earned $649,400 in just 4 races. In fact, his next two races weren’t stakes either, but in his 4th race ever he found himself in his first graded Stake ever…. the Grade I Florida Derby and WON. Maximum Security drew away from Bodexpress, Code of Honor and Hidden Scroll impressively.

Jason Servis is the brother of John Servis who trained 2004 Kentucky Derby/Preakness winner Smarty Jones. Jason had Derby runner Firenze Fire two years ago and also has a Grade I win with World of Trouble. Servis was RED HOT this past summer at Belmont Park and always brings serious threats. Maximum Security is clearly his best shot at a monster so far, but what do we really know about the horse? We’ll get into that later.

Gary & Mary West are pillars in the horse racing industry. The billionaire couple are racing enthusiasts and its easy to find one of their runners at tracks across the country. In fact, they bred Maximum Security with one of the West’s top horses “New Year’s Day” who won the 2013 Breeders’ Cup Juvenile. The West’s have multiple Grade I wins and also own top Derby contender Game Winner and many other top horses like West Coast, Actress, Family Tree, American Freedom, West Coast Belle, Room Service among others.

Watch the Florida Derby. It’s self-explanatory. Maximum Security is undefeated and he’s posted excellent Equibase figures from the beginning (93, 92, 109, 102). There is also not much of a question about who he beat as he put away Bodexpress by 3.5 lengths, Code of Honor by 6, Bourbon War by 7, and Hidden Scroll by 11. That’s a butt kicking of the Florida Derby….. and Florida Derby winners are routinely top level horses. Here’s the last 13 (just because I wanted to include Barbaro): Audible, Always Dreaming*, Nyquist*, Materiality, Constitution, Orb*, Take Charge Indy, Dialed In, Ice Box, Quality Road, Big Brown*, Scat Daddy, Barbaro.

Maximum Security is undefeated. But he is lightly raced and in only one stake. It’s MC16, OC50, OC50, Florida Derby. Huh? Maximum Security won those 3 other races by 9 lengths, 6 lengths, and EIGHTEEN LENGTHS, before his connections decided to try him in a stakes race….. why? It’s hard to argue with the results but it does seem like this horse was capable of handling much more much earlier and maybe we could see some of this horse’s flaws (and they’ve all got them).

So I love what I can see. I hate what I don’t know.

My Final Take on Maximum Security

I’ve gotta find a way to use Maximum Security. It’s going to be hard to bet solely with him because of that unknown factor, but what we do see jumps off the page, the screen, the track or wherever we evaluate a horse. Perhaps the West’s and Servis just didn’t quite know what they had in Maximum Security or there was a reason why they placed him initially in a Maiden Claiming race. Either way, Jason Servis hasn’t been in a spot like this and I don’t know what to expect from him either. So I’ve got to include Maximum Security and he is one of the horses that “Can Win” the Kentucky Derby.