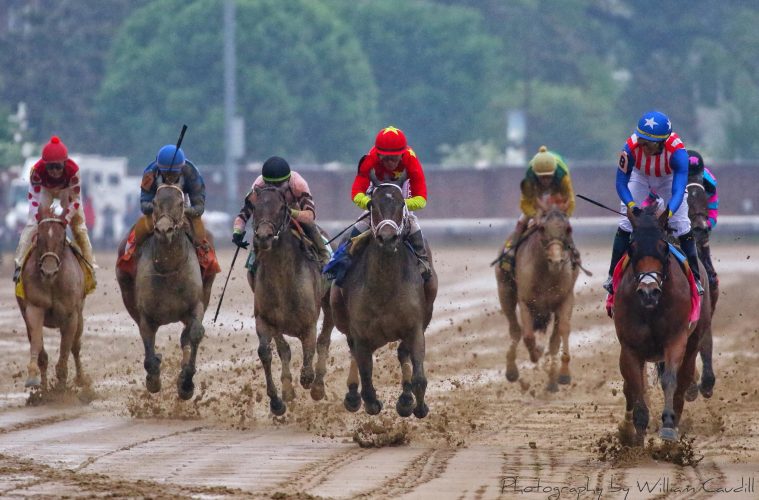 Tacitus is out of Tapit and is a Hall of Fame Bill Mott trainee who will be ridden by Jose Ortiz and is owned by Juddmonte Farms. Mott tends to be very patient with his horses and has a long list of accomplishments but has only won a Triple Crown race once (2010 Belmont Stakes). Meanwhile Juddmonte Farms’ lone win in the Belmont Stakes was in 2003 with Empire Maker who won the Florida Derby & the Belmont Stakes and was the favorite in the 2003 Kentucky Derby. Most recently Juddmonte won the Breeder’s Cup Classic with Arrogate in 2016 and owns the best female horse in the world in Enable who easily won the 2018 Breeder’s Cup Turf. Jose Ortiz has also scored once in the Triple Crown series when he was aboard Tapwrit in the 2017 Belmont. Ortiz was on 2nd place finisher Good Magic in the Kentucky Derby last year.

Tacitus is a Kentucky-bred colt out of Tapit and is lightly raced with 3 wins in only 4 races and broke his maiden in his 2nd race at Aqueduct in November after failing at debut in October at Belmont. Tacitus has seen his speed figures (Equibase) steadily rise in his 4 starts (86, 94, 105, 106). He won the Tampa Bay Derby at 9-1 and appeared to have a lot left in the tank. A month later, Tacitus won the Wood Memorial by a length and a quarter over Tax and 4 lengths over Haikal.

It’s hard to not like Tacitus. He’s steadily improved he has had Jose Ortiz in the irons for every race of his career. Also it is a matter of time before Bill Mott (and Juddmonte Farms for that matter) will win a Kentucky Derby. These are a serious connections with some serious accomplishments and resources. And the horse who will run the race is out of a top sire in Tapit. Tacitus can get the distance and he’s shown the ability to win and improve at each stage on the Derby trail.

The knocks against Tacitus are the 4 races and also Tacitus took advantage of a lighter path to the Kentucky Derby. The last time a horse parlayed the Wood Memorial to the Kentucky Derby was in 2000 (Fusaichi Pegasus) and the last Tampa Bay Derby winner to win in the 1st Saturday in May was in 2007 (Street Sense). Some of the top horses this year chose a different path, but Tacitus took advantage of the points and sits atop the Derby points Leaderboard.

My Final Take on Tacitus

Bet against Tacitus at your own peril. Tacitus is in my group of horses that “can win” the Kentucky Derby and while he will not be my top selection I will use him in my Pick 5 and will certainly have in every position for exotic wagers.