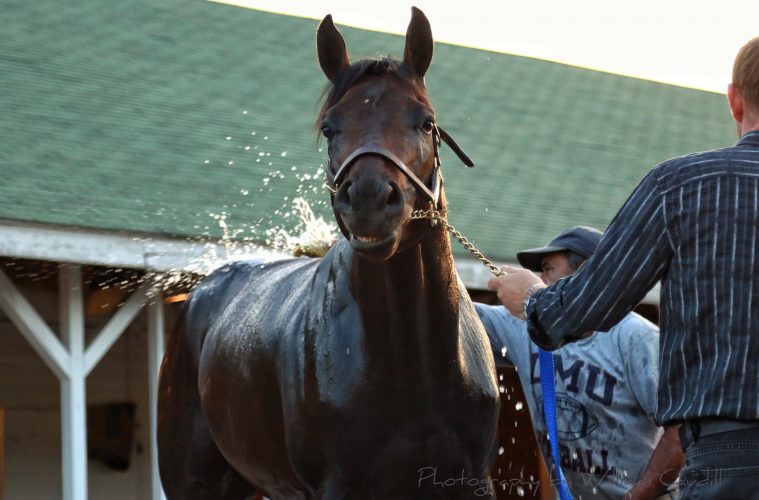 Breaking down the 145th Kentucky Derby horse by horse. Why each horse CAN win, why they can’t and some notes about each horse.

War of Will: Derby Points 60

War of Will is War Front colt trained by Mark Casse, will be ridden by Tyler Gaffalione and is owned by Gary Barber.

Mark Casse is a Canadian Horse Racing Hall of Famer but he’s won racing titles at Churchill Downs and the Indianapolis native has strong roots in Louisville as well. Casse has won 4 Breeders’ Cup races and routinely shows up as one of the leading trainers at Churchill Downs each year.

Tyler Gaffalione is young rider (24) who has burst onto the scene the last few years. Tyler is an uber-talented rider who is really just scratching the surface of his ability. His father, Steve was a jockey for 20 years. Tyler has already won 6 riding titles at Gulfstream Park and once won 7 races in a single day at Gulfstream. Tyler already has two Grade I wins in his young career.

War of Will began his career on turf for his first 4 races. His second ever race before breaking his maiden was at Woodbine in the Grade I Summer Stakes finishing 2nd after having the lead. The same thing happened at Keeneland in his 3rd career race but this time in the Grade III Dixiana Bourbon Stakes he finished 4th. War of Will tried his hand one more time in the Graded Stakes division at Churchill Downs in the Breeder’s Cup Juvenile Turf.

Then…. he switched to dirt.

War of Will was a big favorite in the Louisiana Derby and he finished 9th and never really got going. Mark Casse said after the race that WoW was “significantly off” and later told the press that they believed War of Will caught his patella right at the start of the race and would be given laser treatment to help the patella muscle heal in addition to altering his training regimen.

So which horse is War of Will? The horse that once he hit the dirt was dominant? And who was War of Will really beating in those races? Had we gotten War of Will’s best effort in the Louisiana Derby we might have those answers, but injuries happen in sports & racing. There is also the question of whether or not War of Will is in top form after suffering the set back.

My Take on War of Will

I’d really like to use War of Will. His extremely well-bred and Casse clearly thought highly of him from the beginning putting him in graded stakes company prior to breaking his maiden so often. He’s never run against a field smaller than 11 and the dirt is clearly this horse’s best surface. If he is in top form I could see War of Will breaking free at the top of the stretch……. but the unknown is really creating a great deal of hesitation in terms of me advocating folks to place significant wagers on him. The Louisiana Derby was March 23, so while he has undoubtedly healed I just worry about how far off they had to change his program. If there is one indicator that Mark Casse is sending out since the injury, it’s the workouts. They are outstanding at Keeneland and then on 4/27 at Churchill Downs. Is the horse ready? The workouts suggest that he is.

Post position might play a huge factor in how I value War of Will and once I see the draw and see the horse again I’ll make a decision. I want to use him. I just have to be convinced that I can.