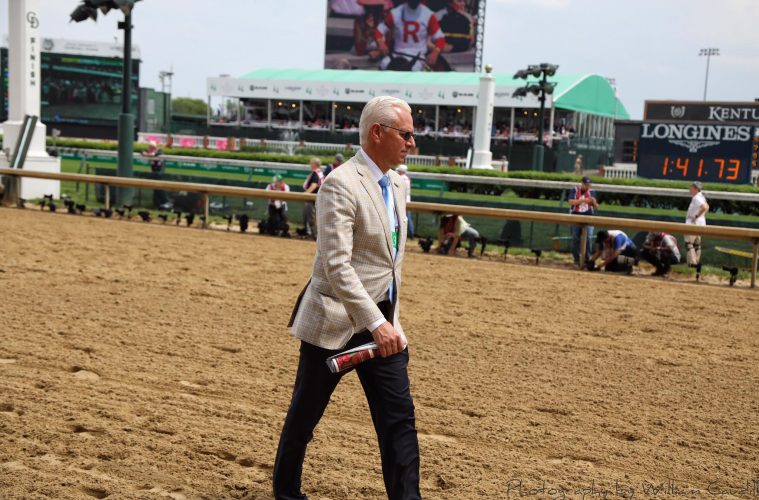 Cutting Humor is a First Samurai colt trained by Todd Pletcher ridden by Corey Lanerie and owned by Starlight Racing.

Corey Lanerie is a Churchill Downs fixture. But he’s only ridden in the Kentucky Derby 3 times finishing 16th, 8th and 2nd. He notched his 1000th win at Churchill Downs on Tuesday. Corey has over 4500 wins during his career and won some of the most elite stakes in the country. But he’s never won a race in the Triple Crown races.

Starlight Racing is a Louisville ownership group that was in partnership with WinStar Farm, Head of Plains Partners and the China Horse Club that teamed up to win the Triple Crown with Justify. That same ownership group is intact with Improbable this year, but Cutting Humor is a Starlight Racing horse. AND ONLY A STARLIGHT RACING HORSE. Notable Starlight Horses are Ashado, Harlan’s Holiday, Hilda’s Passion, Intense Holiday, Itsaknockout, Monba, Purge, Shanghai Bobby, Take the Points among several others.

Full disclosure. I’m partial to Starlight Racing and the local ownership group. These are fantastic group people who are really passionate about racing and I’ve been able to see that first hand. So I’m rooting for Cutting Humor.

Now on to the horse.

The worst performance to date was in the Southwest Stakes where Cutting Humor was a well-beaten 7th. If you can excuse that performance then we see a really solid horse that has been competitive with a lot of Derby contenders.

My Take on Cutting Humor

Like anyone I’d feel a lot better if John Velazquez had kept the mount on Cutting Humor instead of opting for Code of Honor. And I do think Cutting Humor will be forwardly placed which sometimes will allow a horse to run away with it. There will be several in Kentucky Derby 145 who will be towards the front that will try this approach and it stands to reason that Cutting Humor won’t find himself too far behind the leaders in the first half mile. If the horse that broke the Sunland Park track record shows up then we might have something here.

My guess is that Cutting Humor will need to be in better condition than that day as he was almost caught from behind at a mile and an eighth and may not be able to get the mile and a quarter. I’m admittedly wanting this horse to win, but I do think if this horse catches the right scenario he can be dangerous at the top of the lane. Using as a long shot.