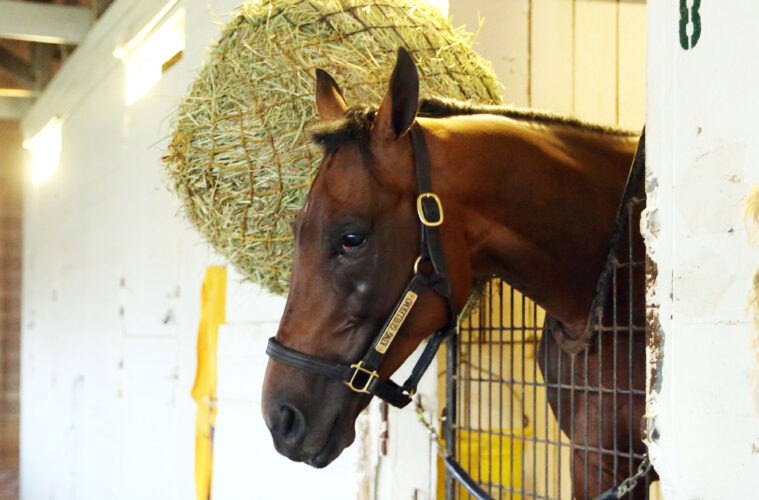 Owner Victor Martinez of Victoria’s Ranch reported Thursday that Tampa Bay Derby (GII) winner King Guillermo will be scratched from Saturday’s 146th running of the Kentucky Derby presented by Woodford Reserve (GI) due to a fever.

Trained by Juan Carlos Avila, King Guillermo was evaluated by veterinarians after the team discovered he had a fever Wednesday afternoon. Avila and Martinez made the decision Thursday to scratch the colt from Saturday’s “Run for the Roses.”

“To race in a race like the Derby we need him at 100 percent,” Avila said. “We aren’t going to be able to demonstrate how good he is like this. I think we are going to have plenty of time to show his quality. He’s going to be a great horse and everybody knows we have to take care of the horse first. The next step is to try to get him ready for the Preakness and go from there.”

Martinez added, “The sad part is that Juan said yesterday was his best day here. When we left the track in the morning following training and came back in the afternoon for feed time, we discovered he had a fever. It’s just the sad part about this game.”

The defection of King Guillermo leaves the Kentucky Derby field with 17 starters. The two inside gates and one outside gate of the new Kentucky Derby starting gate will remain open. The post positions that were drawn Tuesday remain unchanged.