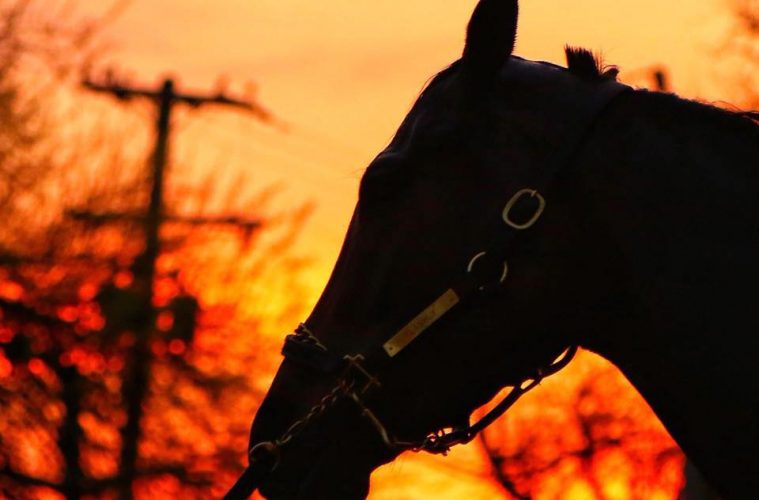 Long Range Toddy is a Take Charge Indy colt trained by Steve Asmussen will be ridden by Jon Court and is owned by Willis Horton Racing.

Steve Asmussen is a Hall of Fame trainer and is regularly one of the top trainers in the world and has won more races in single years by trainers in North America 9 times and has won the Eclipse Award for Outstanding Trainer twice. He won the Preakness Stakes with Curlin & Rachel Alexandra and won the Belmont with Creator in 2016. He also won the Breeders’ Cup Classic, Dubai World Cup, Stephen Foster Handicap and Woodward Stakes with Curlin who would win American Horse of the Year in 2007 & 2008. Asmussen also won the BC Classic with Gun Runner who also won the Pegasus World Cup.

Asmussen has trained some of the world’s best horses during his career, especially recently. But horses like Curlin & Gun Runner are a major part of Asmussen’s story as the best horses on the planet during their careers…. and both of those horses came up just short in the Kentucky Derby. Curlin finished 3rd to Street Sense in Hard Spun in 2007 and Gun Runner also finished 3rd to Nyquist and Exaggerator. It just goes to show that sometimes you have the best horse, sometimes you get lucky, sometimes you are on the wrong side of it. Asmussen should have a Kentucky Derby win by now… and he eventually will.

Jon Court is 58 years old and will become the oldest jockey in Kentucky Derby history when the gates break open on Kentucky Derby 145. He has 4000+ career wins and he has won his share of stakes races including the Arkansas Derby twice. Court has never struck a win in the Triple Crown series and doesn’t own any Breeders’ Cup victories. At 58 years old if Jon Court can get to the wire first on Long Range Toddy it would be a major storyline.

Willis Horton Racing is owned by Willis Horton. Horton has been in the game for a long time winning the 2006 Kentucky Oaks with Lemons Forever, won an Eclipse Award with Take Charge Brandi (and several Grade Is). Horton has had two Kentucky Derby runners with Will Take Charge and Combatant. Long Range Toddy is a homebred for Horton and meticulously selected Take Charge Indy to breed to his mare Pleasant Song.

Long Range Toddy’s Rebel Stakes jumps off the page when you are evaluating him. Going back and watching the race running down Improbable was no ordinary feat at Oaklawn Park. Long Range Toddy is sort of like the Terminator, he just keeps coming. LRT doesn’t have a lot of speed to stay close early, but it does seem like this horse can run forever. In the Arkansas Derby he might have been too close to the front and faded down the stretch. LRT’s best shot (in my opinion) is to settle back and let the group in front of him battle it out and come in and pick up the pieces. In the Derby that’s easier said than done.

Long Range Toddy I think is going to be a serious contender in the Belmont Stakes. Getting added distance to a mile and a quarter in the Derby does help him a great deal too, but in my opinion there is going to be too much to overcome for LRT. I’ll have this horse in the bottom two spots of my superfecta wager.