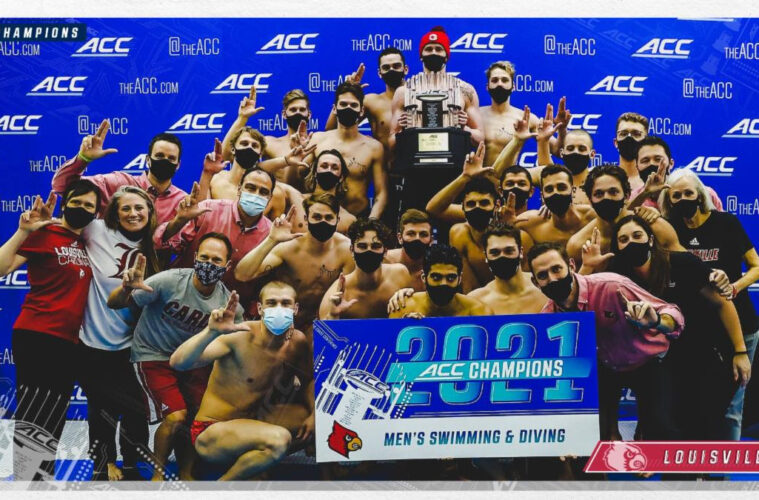 The championship came down to the final event, the 400 freestyle relay, with Louisville in the second heat and NC State in the third heat. The teams were separated by 10 points, and the Cardinals needed to finish in third place to secure at least a share of the ACC title, or finish in second to win it outright.

Notre Dame’s Jack Hoagland was named the Most Valuable Swimmer after becoming the first men’s swimmer since 2018 to win three individual events. Hoagland won the gold in the 500 freestyle, 400 individual medley and the 1650 free.

North Carolina’s Anton Down-Jenkins was voted the Most Valuable Diver last week after winning the 1-meter and 3-meter competitions.

The ACC Network will broadcast the recap of the 2021 ACC Men’s Swimming & Diving Championship on March 8 from 7 to 9 p.m.