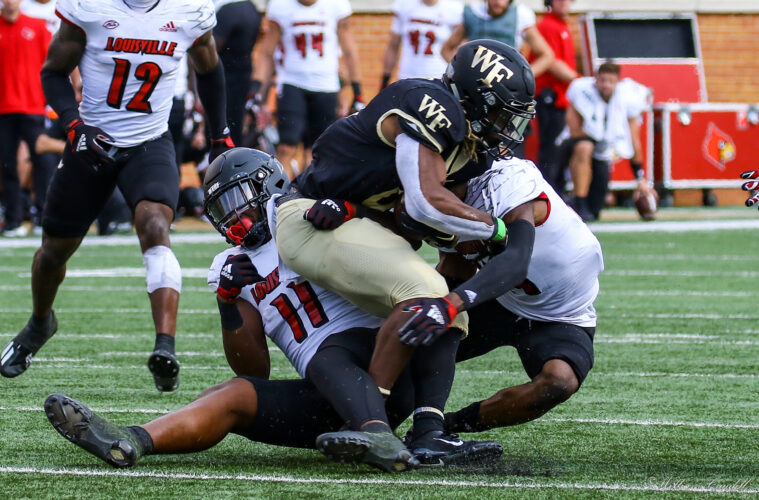 Cards fall to Cats early in Battle of the Bluegrass

LEXINGTON, Ky. – The seventh-ranked University of Louisville men’s soccer team suffered its first loss of 2018 with Tuesday night’s 3-0 defeat against Kentucky in the annual Battle of the Bluegrass at Bell Soccer Complex.

J.J. Williams scored a pair of first half goals for the Wildcats (3-0-0) as the Cardinals (2-1-0) were never able to recover from the early deficit. Tuesday’s result marked just the third loss for Louisville against Kentucky in the last nine matches between the in-state rivals.

“We just weren’t sharp tonight. From the beginning of the match, we weren’t clean on the ball and we were taking too many touches. We got caught early with one ball in behind and we knew that was exactly what they wanted to do. We weren’t sharp mentally or physically, especially early, and we paid for it,” said Cardinals head coach Ken Lolla. “As we learn from this and turn our attention to Duke, we will focus on our ball movement and we have to be more sound defensively.”

The Wildcats opened the scoring early in the match after Williams connected on an unassisted goal in the fourth minute for the 1-0 lead. Williams outran Louisville goalkeeper Will Meyer in a race to a loose ball outside the 18-yard box before scoring into the open goal for his second goal of the season.

Kentucky added to its advantage in the 37th minute when Williams delivered a header from eight yards away for the 2-0 cushion. Marcel Meinzer earned the assist for the Wildcats after his cross into the box found Williams, who added to the lead with his second goal of the night and the third of the season.

The lead increased to 3-0 in the 73rd minute after Aime Mabika successfully converted on a penalty kick after the Cardinals were whistled for a handball in the box. The goal was the first of the season for Mabika.

The Wildcats closed the match with a 13-9 advantage in shots, including a 4-2 edge in shots on goal.

Up next, No. 7 Louisville returns home for its ACC opener against No. 2 Duke on Sunday at 2 p.m., ET at Dr. Mark and Cindy Lynn Stadium.