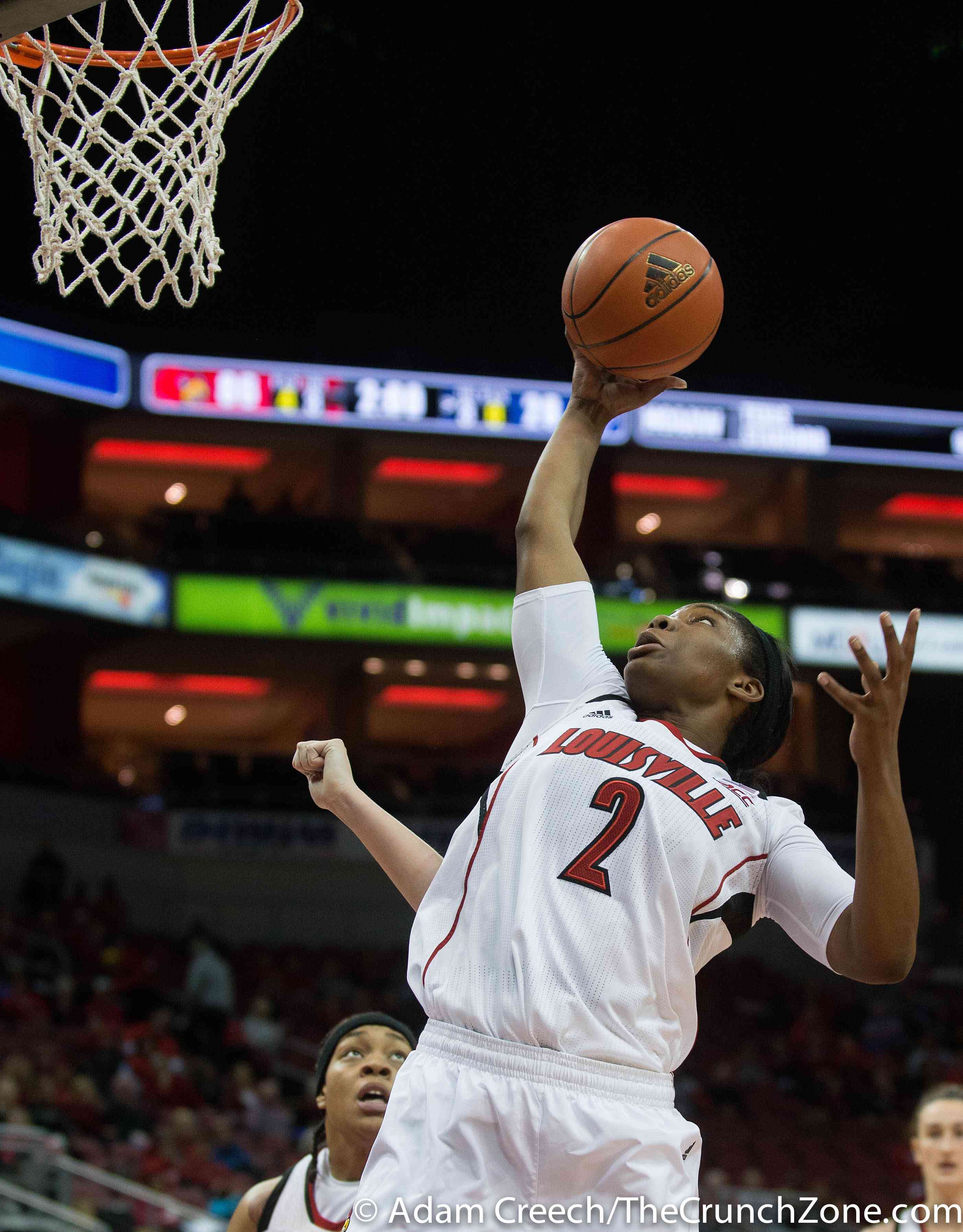 Walz and Cards Eager For Win Over In State Rival Cats

First off, it is too early in the season to say any game is a must win.  With that being said, if a game on December 10th could ever be a must win, it would be this one for the University of Louisville as they take on the 8th ranked Kentucky Wildcats tonight in Rupp Arena.

It is no secret that Jeff Walz and his Cardinals squad have not lived up to the pre-season billing.  (It was the Cards that came into the season ranked 8th nationally.)  After beginning the season at 1-4, those lofty pre-season rankings proved to be more an indication of program pedigree and player potential than reality.  The reality was this Louisville team had one returning junior, Cortnee Walton, and one transfer junior, Briahanna Jackson;  everyone else were freshmen and sophomores.  It has taken time for the newcomers to mesh, but there are signs of progress for this U of L team.

The largest sign of improvement came last week when the Cards took down 18th ranked Michigan State at the Breslin Center in East Lansing Michigan 85-78.  They followed it up with a thrashing of an over matched Valparaiso team on Saturday 75-42.  Tonight they enter with a 3-4 record and look to get back to .500 but beating the Cats won’t be an easy task.

Matthew Mitchell’s Kentucky team is undefeated.  Sitting at 7-0 with an impressive overtime win over 15th ranked Arizona State, this Kentucky team has proven that it knows how to win close games, and with an average margin of victory of 32 points per game, they also know how to finish off opponents.

Looking at this Kentucky team, it is hard to find an actual weakness in their game.  The Cats are paced by 5’10” junior guard Makayla Epps who averages 16.2 points per game while connecting on 45% of her field goal attempts and 79% of her free throw attempts. The Cats out rebound their opponents by 10.6 boards per game, and shoot 42% from the three point line.  Kentucky’s five starters all average double figures and have a sixth man in Taylor Murray who also averages 9.3 points per game.  To say winning against this Kentucky team will be a tall order is an understatement.

If there is an issue facing this Kentucky team it may be with respect to chemistry and other “unknown” issues.  Mitchell has had four players this season either quit or get kicked off of the team.  The latest defector was junior Kyvin Goodin-Rogers, a former Marion County standout, and the daughter of former U of L player, Tick Rogers, she left the team at the end of November.  Rogers was preceded by Linnae Harper and transfer Chrishae Rowe was dismissed from the team while true freshman Morgan Rich was never cleared to practice.  What is clear is that plenty of options remain for Mitchell’s team.

For Louisville to win they will need to limit their turnovers and rebound better than they have all season.  Kentucky routinely has won the rebounding battles in their games this year and average five more assists than turnovers per game.  The Cards will also have to shoot a good percentage and convert on the easy open looks they get.  Far too often this season Louisville has made a tremendous play on defense, only to miss an open lay-up on the offensive end.  This is a trend that cannot continue if U of L hopes to win tonight.

The last time Louisville went into Lexington and came away with a win was 2007 when Angel McCoughtry contributed a game high 23 points and the Cards won 80-65.  Louisville had early success against the Cats last year, taking a 13 point lead into halftime before falling to the Cats 77-68.