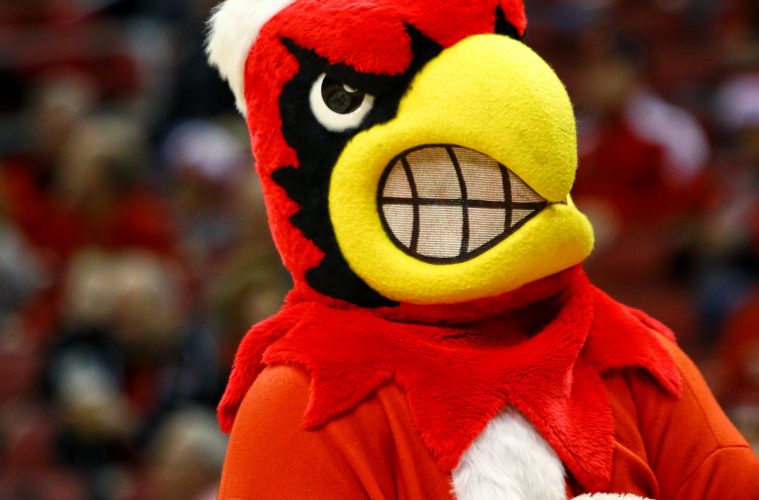 I Said What? My Late Christmas Gift to the Rivalry…

It can be said that (fill in the blank) makes us stupid.  For some, it’s politics, others, alcohol, a large number of us have been driven mad by the opposite sex.  While I have had strong opinions, and missteps,  about all of the above-mentioned topics, my biggest cross to bear has been sports; sports rivalries in particular.  Like many of you, I watched on Friday afternoon as the Louisville Men’s Basketball team delivered a lackluster performance against the University of Kentucky. Despite the fact that I had an idea at the outset that this may be the outcome, the sports rivalry, and my unfettered access to Twitter got the best of me.  What transpired next was unpleasant, but not unprovoked.  Allow me to elaborate.

Early in the game (about mid-way through the first half I suppose) the chant could be heard emanating from some portion of the crowd, “FBI – FBI.”  It was faint for sure, and very short lived.  If you missed it, I totally understand.  I did not.  What was transpiring at that point was that my U of L team, who appeared to have a plan, and had been performing admirably, began to struggle.  The tide was shifting, and it was readily apparent that this game was about to slip away.  Frustrated by this, and equipped with my mobile device, I delivered a tweet that was one part frustration, one part humor, and all parts inappropriate.  Allow this to be my apology.

If you missed the tweet, you didn’t really miss anything profound.  In fact, in hindsight, it wasn’t even that funny.  I am certain that a number of people have saved the tweet and will be happy to share it with you if you peruse their timeline.  The response to it was perhaps what you would expect.  There were close to 200 “likes” and a couple of dozen retweets that occurred before I deleted it.  Obviously, it made its way to the UK fans, and it gathered a life of its own there too.  If it were just smack talking rival banter, I probably would not have felt compelled to write this post.  It was more than that.

I often find myself preaching to my son to take the high road when confronted with an opportunity such as the one that was presented to me on Friday.  Clearly, I preached far better than I practiced on that day.  The easiest thing in the world to do is to meet a perceived slight with an equally, or in some cases, larger slight.  If the opposition slams you, slam them back, regardless of the topic that you are using to prove your point.  I did that.

What I should have done is ignore it.  The FBI chant was quelled quickly, and it was a very few who engaged in it.  Both of these are testaments to the bigger picture and is most likely more representative of the actual fan base.  I received the expected backlash from upset UK fans, but I also received comments from Louisville fans, and from friends who thought more of me than this, and I had let them down.  To them, I apologize as well, and I thank them for setting me straight.

Going forward, I have adopted a new policy.  It is the New Year, and while I may not be able to lose those unwanted 30 pounds, I can control what I put on social media.  I will be happy to continue to offer insight into legal issues facing U of L, and the various lawsuits that seemingly grow by the week.  I will continue to contribute to this site, when appropriate, or when asked.  What I won’t do, however, is engage in the insanity that is all too prevalent on Twitter.  I have better things to do, you all have better things to read, and we could all benefit from just generally being more civil. I will keep the Twitter account and will chime in from time to time, (although the app is deleted from my phone) but it will be far less and certainly more appropriate.

I made a decision a long time ago to put my name on my Twitter handle.  In large measure, it was to keep me in check and to help me avoid saying something stupid.  I guess it’s true when they say that the path to hell is paved with good intentions.  If you enjoyed the tweet, sorry that this Mea-Culpa offends you.  If you loathed the tweet, and think that your response to it was a driving force in this post, congratulations.  To everyone else, hell, you quit reading 250 words into this.