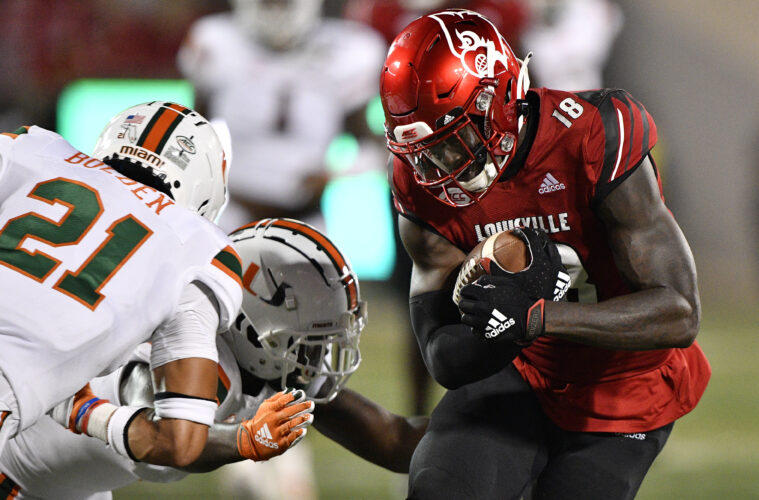 Hello ladies and gentleman and welcome to this week’s Five Keys. Last week was…disappointing, to say the least. The offense was choppy and slow to start, and we saw defensive lapses that were far too reminiscent of the ineptitude under Van Gorder, Sirmon, and the like. The game against Miami felt like the first time in the Satterfield era that I felt like more of the loss was on coaching and/or *mental* mistakes than personnel (progress???.) I’m not saying the roster is “there” yet, it’s not, and Satterfield said as much post-game. But this game just felt like less a product of that deficiency than of coaching and execution. It was unexpected and surprising, and I don’t expect a repeat.

This week the Cards look to bounce back with a strong performance against the Pittsburgh Panthers, one of the best defensive teams in the ACC. Pitt presents challenges for the Cards, albeit completely different from what Miami brought to the table. Louisville will have to be sharp to come away from the Steel City with a victory. Without further ado, let’s get to THE KEYS!

We are going for a classic this week. RIBS. Usually when I cook ribs, I like to invest the time and effort and cook spare ribs. They are more of a true low and slow cook, but I think the effort is worth it. But this weekend, I will be cooking baby backs, which have their own benefits. They are closer to a grill process than a true smoke. I normally cook them closer to 275, with a healthy dose of my special pork rub. Normally I’d have a dose of Thunda Sowce on the side (optional) but I don’t have stores right now, unfortunately.

Keep an eye on the timeline for pictures of this pork goodness.

As has been documented all week long, Scott Satterfield has only lost consecutive games twice in his career, and not since 2017. He has a fantastic ability to get his teams to bounce back after losses. I expect the Cards to learn from last week and move on. Their attitudes after the Miami game were positive, and I think that bodes well for this week.

Finally, if you’re in my hometown, please be careful and be safe, look out for and love one another. These are not easy times for anybody. I love you, Louisville.