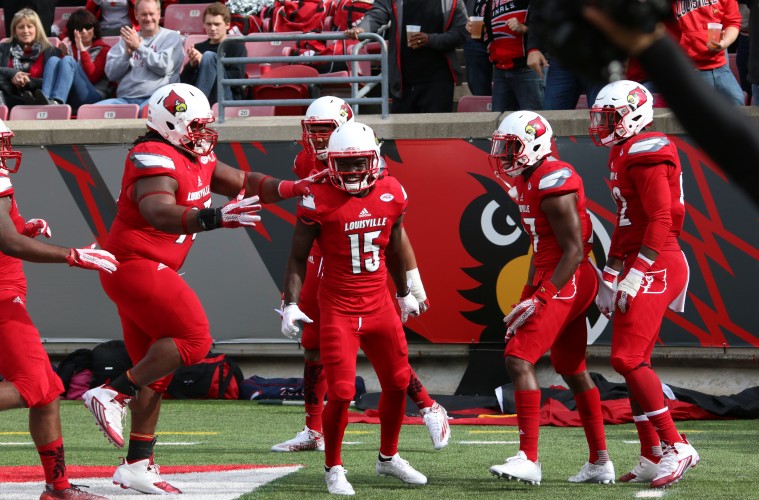 Leading up to the Franklin American Mortgage Music City Bowl, TheCrunchZone.com is going to attempt to break down each phase of the game as best we can with the added time available.  In the 1st edition let’s take a look at what we can expect with Texas A&M passes the ball.  How have the Aggies fared against other passing defenses through the air AND how well has Louisville defended the pass over the course of the year?  We will take a look at each FBS game, their opponent’s average, how far the deviation was in each game and the % Gained of their opponent’s average.  From there we should get a feel for how Texas A&M fared while passing and how UofL defended it.

2015 was Sumlin’s worst performing passing team in recent memory but still managed to finish in the upper-third of the country.  Texas A&M began with two of the worst passing Defenses in the country in Arizona State and Ball State and didn’t take advantage gaining just 80% of what those two teams would eventually allow on the season.  Arkansas made A&M one dimensional forcing the Aggies into the air as did Alabama & Ole Miss.

Auburn & LSU really limited A&M’s passing game and teams really learned how to defend a Sumlin’s limited passing offense late in the year. On the whole Texas A&M earned about 10.3 more yards per game than the opponents allowed through the air or 107.86%. Based on Louisville’s passing D of 204.7 yards per game we can expect that A&M is going to throw for a range of 215-221 yards on December 30th.

Texas A&M Passing Offense vs. Louisville Passing Defense is a major battle ground to win the Music City Bowl.  We have a stat range of 215-253 yards potential based on a season worth of stats, but in the end player’s play football.

Sophomore QB Kyle Allen (6-3, 210) put together a nice season, but not great by Sumlin standards.  Allen missed the South Carolina & Auburn games with a sprained AC joint suffered during the Alabama game.  Allen played in the Ole Miss thumping but did yield to freshman Kyler Murray (5-11, 188).  Knowing that might make folks discount the Texas A&M stretch and focus on the other 8 games, which is fine.

Louisville’s Passing Defense will work hard to get pressure on Kyle Allen as Texas A&M is 99th in Sacks Allowed.  Not allowing Allen to set his feet while throwing will be a big key in helping Shaq Wiggins, Trumaine Washington, Chucky Williams, Josh Harvey-Clemons, and Jermaine Reve contain this A&M passing attack.

The Cards need to attempt to make A&M one dimensional and this might be the toughest area to cover defensively for the Cards.