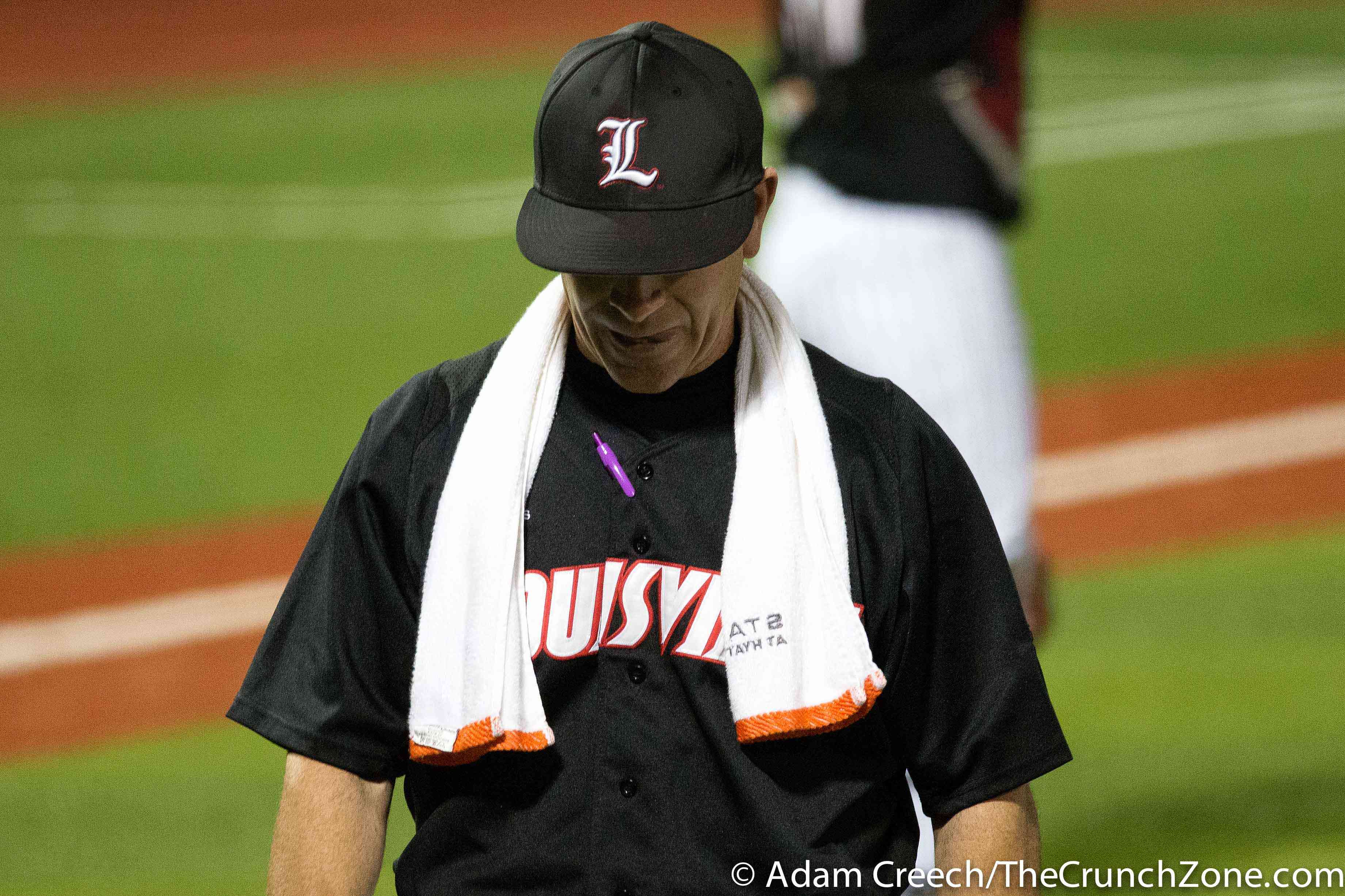 The second-ranked Louisville baseball team fell just short in its attempt to overcome an early five-run deficit and lost for the first time this season with Friday night’s 6-5 defeat to No. 21 Ole Miss at Swayze Field.

Trailing 6-1 after four innings, the Cardinals (4-1) scored two runs in the fifth, one in the seventh and another in the eighth before ending each of the final two innings of the night with the potential tying run on base. Despite out-hitting the Rebels (5-0) 10-6, Louisville was not sharp suffering a season-high 12 strikeouts at the plate, issuing a season-high eight walks on the mound and committing two errors defensively for the first time this season.

“We didn’t pitch as well as we would’ve liked to start the game with Kyle (Funkhouser), but our bullpen did a good job and kept us in the game. We came away with double-digit hits on a night where I didn’t think we were great offensively. We had too many backwards K’s and too many easy outs and we have to do a better job of figuring out the strike zone,” said Louisville head coach Dan McDonnell. “We also had a couple of hiccups on defense. I was proud of guys for fighting hard but we can’t take any consolation in losing by just one run.”

Funkhouser suffered his first loss of the season allowing six earned runs on three hits with six strikeouts and seven walks in 3.2 innings.Friday marked just the second time in his last 37 collegiate starts Funkhouser has not pitched at least five innings.

“I haven’t walked runs in like that in a long time and it’s embarrassing. I embarrassed myself and I feel bad for the team,” said Funkhouser. “I feel like I let the team down. The offense almost came back at the end, but all in all, just a terrible outing.”

A trio of righty relievers – redshirt freshman Chandler Dale, freshman Sam Bordner and sophomore Lincoln Henzman – kept the Cardinals in the game combining for two strikeouts, one walk and just three hits in 4.1 innings of shutout relief. Dale followed Funkhouser with 1.1 innings of scoreless work before giving way to Bordner, who went two innings out of the bullpen. Henzman added a scoreless frame in the eighth.

After scoring in the first inning in each of the first four games this season, Louisville trailed after the opening frame on Friday as Ole Miss gained a 2-0 lead on a two-run homer to right field by J.B. Woodman. The Cardinals broke through for their first run of the night in the fourth inning when Tiberi launched a 2-2 pitch from Ole Miss righty Brady Bramlett over the right field wall for a solo home run.

The momentum from Tiberi’s fifth career home run was short-lived as the Rebels answered by scoring four runs in the bottom of the fourth inning on five walks and two infield hits. The first three runs of the inning scored on bases loaded walks, while the fourth run was driven home on an infield single to third.

Louisville’s comeback bid started in the fifth inning on a RBI double by Tiberi to score Solak as well as a RBI groundout off the bat of junior catcher Will Smith to score McKay. The Cardinals clawed closer in the seventh inning after Solak reached base on an infield single, advanced to second on a single from McKay, tagged up on a flyout to center to take third and scored on a wild pitch.

The Cardinals scored their final run of the night in the eighth inning on a one-out RBI double down the right field line by Ray to plate junior outfielder Colin Lyman. With Ray in scoring position as the potential tying run and only one out, he was left stranded there to end the inning after junior outfielder Logan Taylor flew out on a 3-2 pitch and Solak struck out on a 3-2 offering from Rebels reliever Wyatt Short, who worked 1.2 innings of shutout relief for his second save of the season. Bramlett earned the win and improved to 2-0 on the season allowing three runs on six hits with eight strikeouts in five innings.