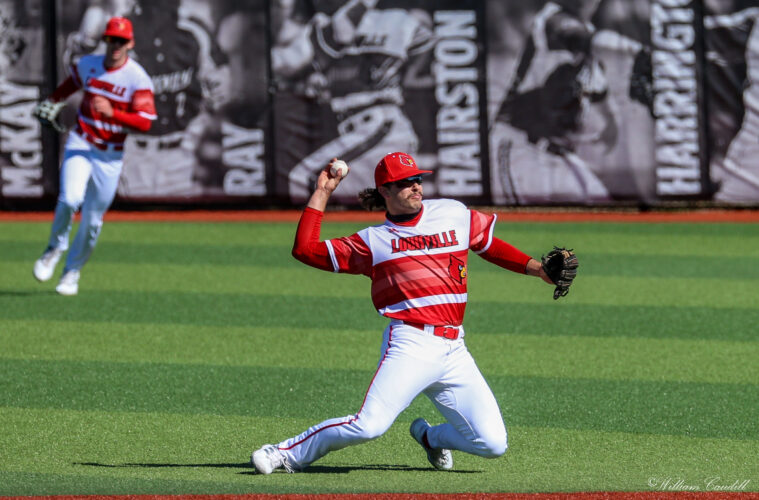 LOUISVILLE, Ky. – The offense continued its hot ways on Tuesday at Jim Patterson Stadium, as the University of Louisville baseball team picked up a 12-8 victory over Northern Kentucky.

Louisville (12-4) has now won nine of its last 10 games, averaging 12 runs per game over that stretch. Tuesday was the Cardinals’ sixth game of the season with double-digit runs and the seventh time in the last eight games with double-digit hits.

Louisville got off to a fast start Tuesday, with Seamus Barrett striking out the side in the first. Knapczyk then jumpstarted the offense with a leadoff homer in the bottom half of the inning, his second of the season. Payton added a run-scoring double later in the frame to make it a 2-0 contest.

Northern Kentucky (5-10) answered back though, plating four runs in the second to move in front.

However, the Cardinals responded right away. Beard singled home a run before Metzinger pushed Louisville in front for good with a two-run knock. Rushing then capped off the four-run frame with a RBI single of his own.

Humphrey launched his second home run of the season in the third inning and Masterman drove home Louisville’s eighth run of the game. Metzinger then drove his eighth ball out of the park on the year to centerfield in the fifth. The Cardinals later added a run in the sixth and two more in the seventh.

Kaleb Corbett secured the victory for the Cards, coming up with back-to-back strikeouts with the tying run at the plate in the eighth and then closing things down in the ninth for his first save of the year.

Evan Webster (1-0) allowed one run over 2.2 innings out of the bullpen for his first win of the season.