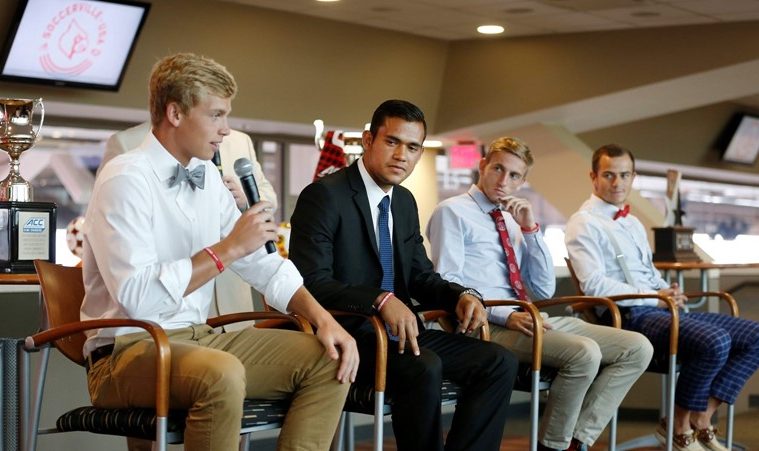 The University of Louisville men’s soccer team held its 4th annual kickoff banquet Sunday evening. This year’s event was held in the PNC club inside PJCS, coincidently overlooking the topic of many conversations of the evening but also that of the past decade, the house Ken Lolla built.. The Louisville men’s soccer program at Mark and Cindy Lynn Stadium. 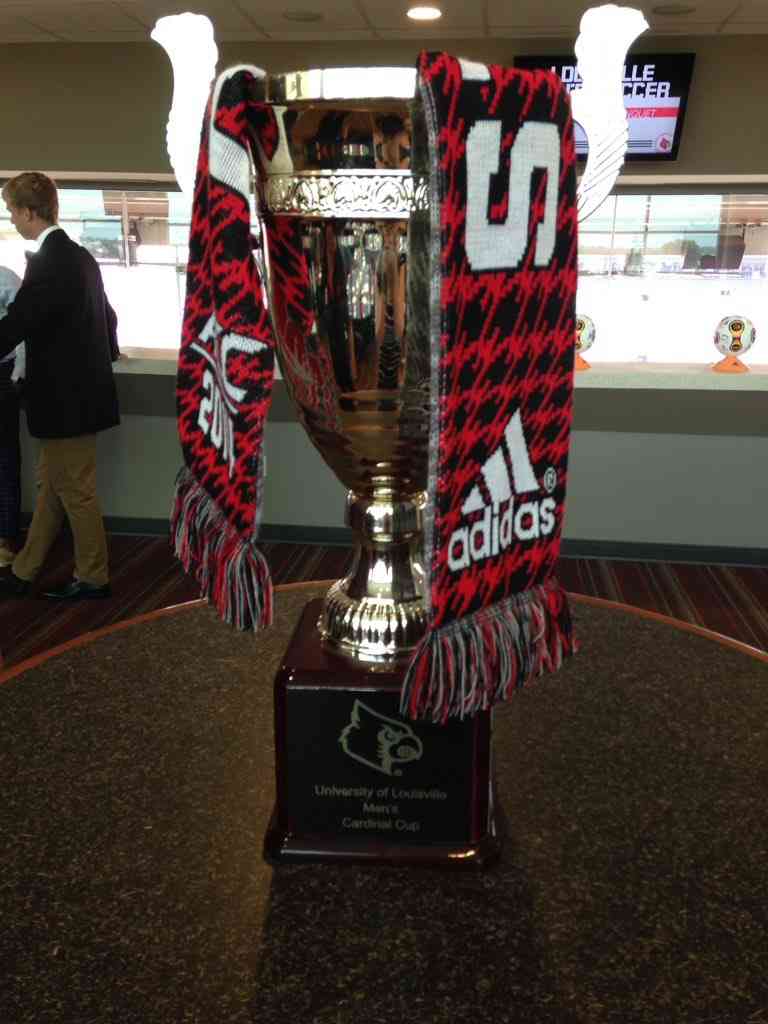 The evening began with a light dinner leading into a Skype session. Emceed by WHO ELSE, @cardsPA Sean Moth, the audience was joined by former Cards, Austin Berry and Kenney Walker (both 2007-2011 class). The conversation between @cardsPA and the former to the current and then to future Cards was to learn, to embrace and to inspire. 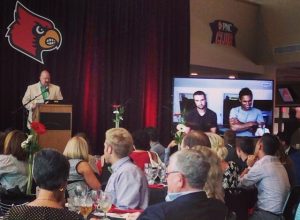 Austin and Kenney couldn’t see it but they were facing the house that they too, built. The crowd grew with giggles and all eyes were on the two who recalled their careers in Louisville, working under a 10 years younger head coach, Ken Lolla (Birthday 8/13). Berry went on to do his vocal impersonation of a spunky and excited Ken Lolla who referenced the ‘stadium to be built’ in his recruiting pitch back in 2006!

Honor the past, the ones who came before and you can realize the future to become. Jamil Shalash was honored as the 2016 UofL Men’s Soccer Alumnus of the Year. Shalash played for the Cards from 1983-86 and is the school record holder for single season goals (15 in ’86). That team played where today’s field hockey field sits.

A live panel of this year’s players included 5th year transfer Stefan Cleveland, a redshirt senior from Mexico, Jerry Ramirez, a junior from Germany who doesn’t watch Olympic soccer, Tim Kubel and then there was Daniel Johnson and his #soccervilleUSA tie. 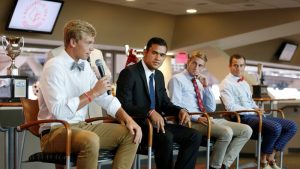 Like I said, it’s the event’s 4th year and approx. 200 people attended.

Coach Lolla took the podium for a state of team and addressed the house, itself. From media behind the stage, to the boys on the projector living their professional dreams, the current team (players were sat atleast 1 per table of fans) staff and their families, to the ‘future cards’ who attend summer camps, to the ‘national bus driver of the year, Beans’ for literally carrying the team to today’s event (the cards played in Memphis Saturday night).. Coach Lolla and his wife, Tina made it to every table of the evening to thank those in attendance for their support of the program. Staff and players want you and your family to come watch the Cards 2016 and see all the future stars of the worlds most popular sport.

From: gocards.com
2016 LOUISVILLE SOCCER SEASON TICKET AND FAN EXPERIENCE INFORMATION Season tickets and Fan Experience packages for Louisville’s third season at Dr. Mark and Cindy Lynn Stadium are now available. To purchase your tickets for the 2016 soccer season, please call the Louisville Cardinals Ticket Office at (502) GoCARDS or visit gocards.com/soccer-fep for more information. Ticket prices for the 2016 season will remain the same as the inaugural season and start as low as $2 per person per game. Season tickets for 2016 include every regular season home match for both the men’s and women’s soccer programs.