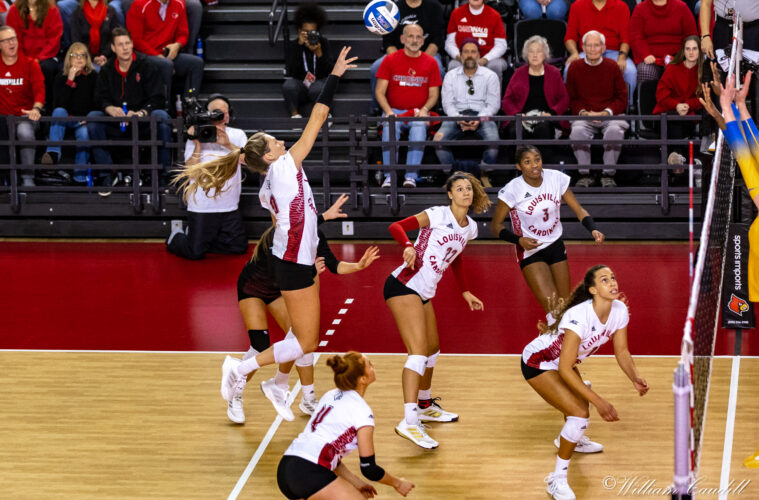 The No. 4-ranked University of Louisville was named as the No. 2 overall seed and has drawn Samford in the first round of the NCAA Tournament and will host Samford, Tennessee and Purdue on Friday Dec. 2 and Saturday, Dec. 3 at L&N Federal Credit Union Arena.

Tentative times are listed as Tennessee versus Purdue at 4 p.m. ET and Louisville versus Samford at 7 p.m.

“It is so much of an advantage to play at home, said senior middle blocker Amaya Tillman. “We sell out so quick here and even students have a hard time getting in. There will be 200-300 people just trying to get into L&N arena. Hopefully, we will just take care of business and we can play at the Yum Center if we advance to the Regional.”

Texas, Louisville, Wisconsin and Stanford earned the top seeds in this year’s tournament. The top four seeds have combined for four national titles in the last six years.

Texas claimed the Big 12 Conference title after posting nearly an unblemished record, finishing with an overall record of 22-1 and 15-1 in conference play. The Longhorns have held the top spot in the RPI in all eight rankings this season.

Louisville earned the Atlantic Coast Conference automatic bid with a record of 26-2 including eight top 25 wins on the season. Wisconsin secured their spot after bringing home their fourth consecutive Big Ten Conference title and finishing the season on an 18-match win streak.

Stanford is currently riding their longest winning streak since 2018, also at 18 games, while winning their 23rd Pac-12 Conference title in program history.

New for this year, the top 32 teams are seeded nationally in pods of four and placed within four regions. Per the established bracketing principles, the top seeds are provided the opportunity