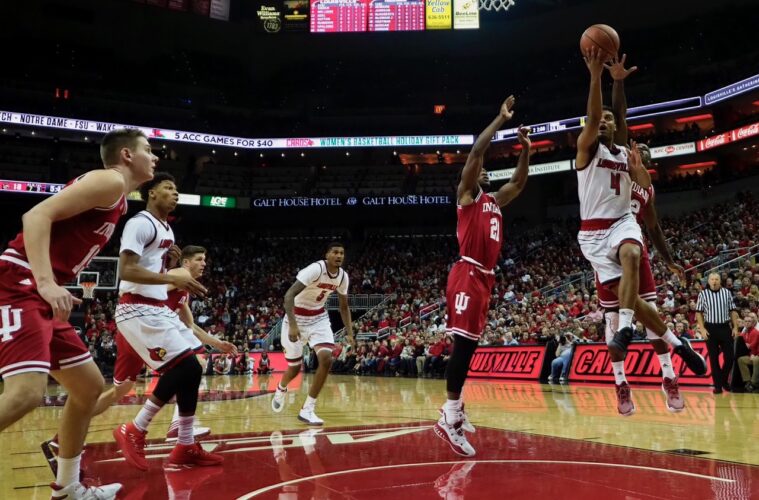 The 2017-18 Louisville Cardinals have a knack for starting slow, catching up, then holding on at the end.  No matter the format, you can’t argue with a win.

The Cards used some big threes from unlikely sources and some key defensive stops to put away a scrappy Indiana team 71-62 at the KFC YUM! Center.

Deng Adel’s 16 points helped erase a early 10 point deficit to pull ahead of IU.  Big plays by Ray Spalding and some big 3 pointers by freshman Malik Williams help propel Louisville past the Hoosiers in front of a crowd of 20,030.   Quentin Snider pitched in 13 points despite his struggles from beyond the arc and Anas Mahmoud added 10 points and 7 rebs.

Today’s game also marked the first appearance by fan favorite Ryan McMahon who scored 4 points and tossed some timely lobs to Anas for some key buckets.   IU was led by Juwan Morgan who scored 17 points and De’Ron Davis who added 14.

It will be a quick turnaround for the Cards as they are back in action on Monday when they face Bryant.  After the week started with a heartbreaking loss to Seton Hall, the Cards have rebounded to win two straight.  Here are the stats: