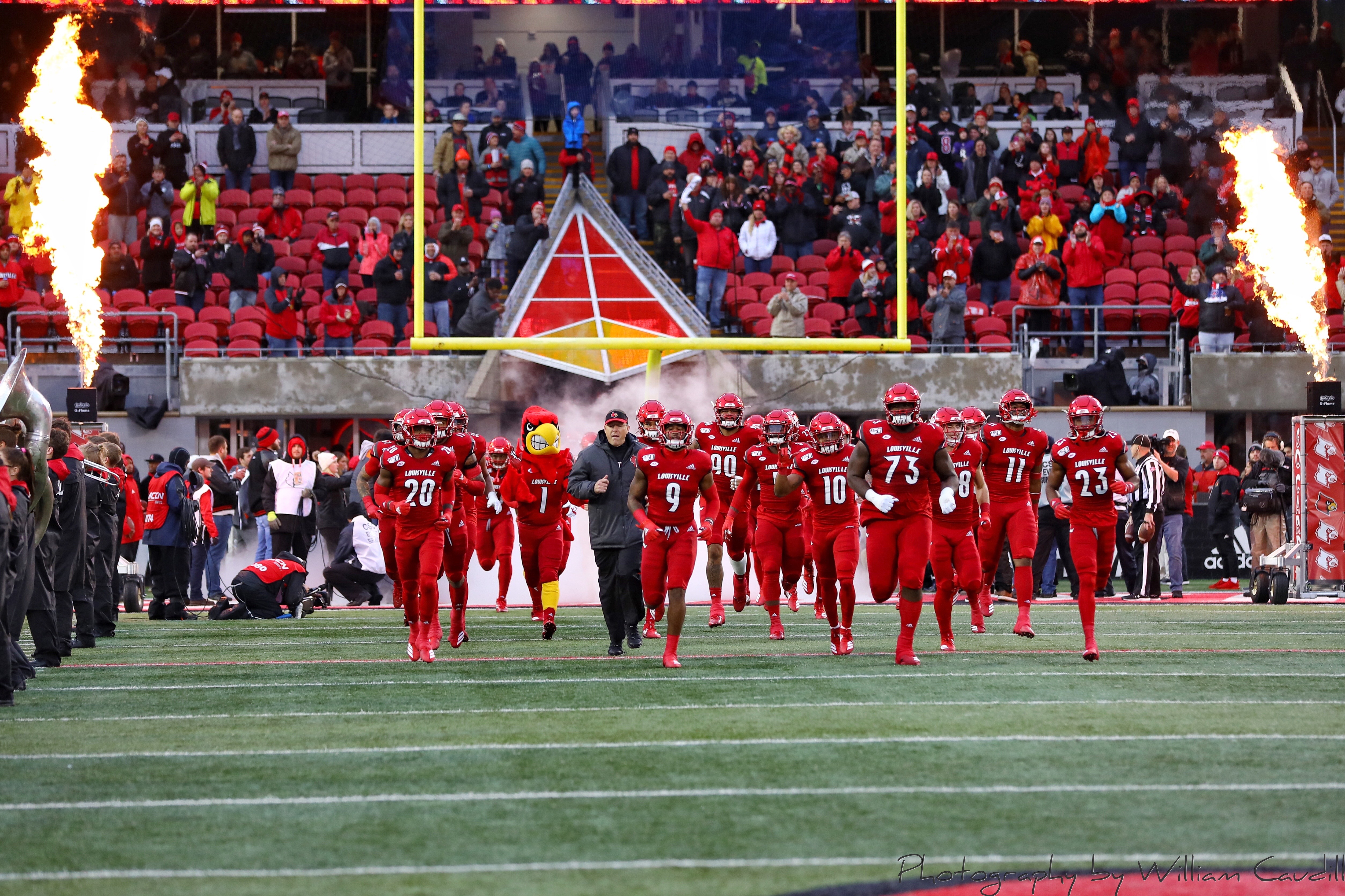 What a difference a staff makes. A fully competent, family-oriented, proven staff at that.

From the basement of the ACC to second behind Clemson in the Atlantic. From not being able to run the ball to running through, around, and over teams week after week. From a defense that couldn’t stop traffic to a defense that improved although they still struggled at times. From a coach who called a pass play that led to an interception to a coach who won coach of the year in his first season at the helm.

From putting no one on the ACC All-Conference teams to placing four Cards on them.

Cards are coming back.

Normally I do this at the end but I want to get into the habit of giving people their roses earlier rather than later. Thanks to all of you who read this every week, contributed questions and comments, retweeted, or shared it. I am really humbled knowing that people want to read my thoughts, which are sometimes wrong or out of left field.

I have said and will continue to say this. I am a fan, just like you. I don’t have a suite or belong to the PNC Club. I am not a booster. I don’t have Vince Tyra’s number in my phone. I am in the summer heat with you, the rain with you, the cold with you. I park off of 3rd street and take the walk to the stadium every home game. Sorry, I don’t have a parking pass that will allow me to park right beside the stadium or even in the Green Lot (still not calling it Purple).

I want to say thanks to Mark Blankenbaker for giving me this platform and letting me write what I feel and how I feel. And yes, there have been times that I have gotten a late night text telling me that I have gone too far or to remove certain profanity. It has been an honor to cover Cardinal Athletics for the last few years. I don’t take it for granted.

Thanks to William Caudill, who is one of the best photographers out there. My co-hosts Dave Scull and, most recently, Chrissy Banta for sharing and pubbing this as well as helping to provide DOPE content each week on the pod. The producers at 93.9 for producing our podcast, as well as my main man Brian Hall who made sure we had a home at the Hall About Sports Network.

Thanks to Dr. Colby Helton, my secret editor all season long. I sometimes type this while hopped up on Reese cups and Sprite, and I have a ton of errors. Thanks to Colby for translating this each week for you.

I would be doing a disservice if I didn’t thank Mike Rutherford, founder of Card Chronicle. Every year, he promotes this blog on his site even though he has some talented writers like Keith Wynne, CardinalStrong, Justin Renck, and Recap Rach, to name a few. Technically, we are competitors, but to Mike we are simply CardNation. I can’t say thank you enough to him.  It has been so cool to watch Mike go from singing  “We found love in a Gorgui Place” to husband and new father.

Rutherford is the true Godfather of Cardinal bloggers and websites. Run my fade if you disagree.

The courtroom is shut down for a few weeks as we celebrate a bowl trip. I also wanted to take the time to thank all of you for contributing every week. This is better than recapping that one game that happened that one time in Lexington a few weeks ago. If they can make up national championships, then I can choose to ignore that game ever happened.

I do what I want.

Person(s) or things that must eat fruit cake while driving up and down Shelbyville road during the holiday shopping season:

In closing, this will go down as one of my favorite seasons of Cardinal football. No we didn’t win a championship, and our bowl won’t be on New Year’s Eve in a warm climate.

But this staff has united all of us and made us realize that good times are coming. Thanks to the entire staff.

Thanks to all of you for making this possible. I joke that the only person that reads this is my mom and granny, but I appreciate each of you who take a few minutes to laugh and react along with me. It’s the best part of games second only to live-tweeting with you all each week.

I will return in January with BucketHatology: same format, different name. We are building something special here in the Ville, and laughing at all the professionals who told us it would take years. Wrong.

In Louisville, we are just built different.