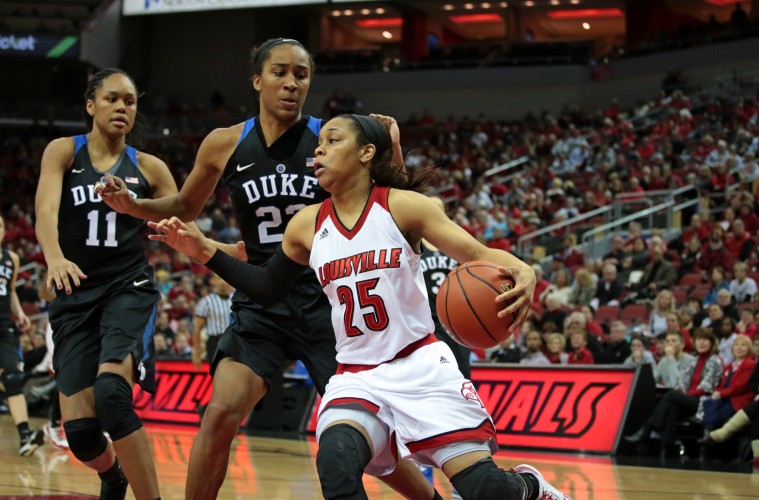 Asia Durr signed with Louisville as the program’s highest-rated prospect, so it’s only natural that she set another first in school history.

The University of Louisville freshman on Tuesday was named the U.S. Basketball Writers Association National Freshman of the Week, becoming the first Cardinals’ player to earn the distinction.

By earning Atlantic Coast Conference Rookie of the Week honors on Monday, Durr automatically was placed under consideration for the USBWA national weekly award, which was chosen by Mel Greenberg, the USBWA coordinator for women’s basketball, from among a list of NCAA Division I conference freshmen of the week selections.

The Douglasville, Ga., native had 10 points, three steals, and two rebounds on Thursday in the win at Virginia. Durr then compiled a season-high 21 points on 7-of-11 shooting, connecting on all five 3-point attempts, against NC State. She scored 13 in the second half, including a 3-pointer to bring Louisville within two late in the fourth period and then a 3 that set up free throws to tie and then complete the comeback victory.

In conference play, Durr is producing 12.7 points, the third-highest average among freshmen in the league, and 2.2 steals and shooting 42.3 percent from 3-point range.

No. 17 Louisville is idle this week and returns to action on Monday, when it plays at Syracuse. Tip on the ACC Regional Sports Networks/FOX is set for 7 p.m.