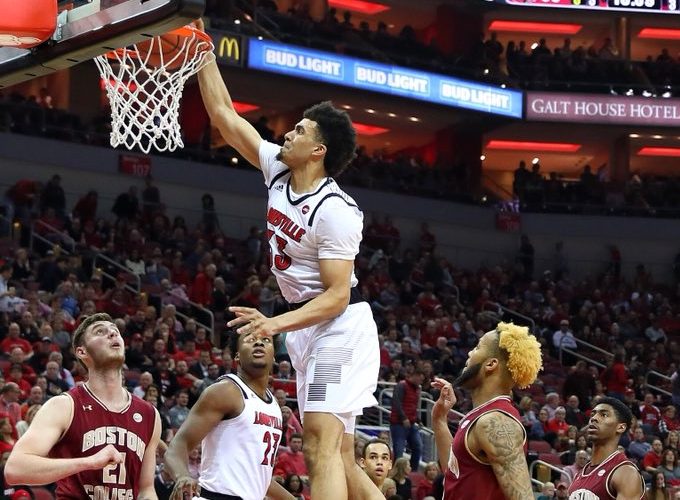 University of Louisville forward Jordan Nwora has been selected to the five-person preseason Associated Press All-America team.  He is the first Louisville player to receive a similar honor since Montrezl Harrell was named to the preseason AP team prior to the 2014-15 season.

The 2019 Preseason ACC Player of the Year, Nwora has received considerable acclaim as the season approaches.  He has been named a first-team preseason All-American by CBS Sports, NBC Sports, Athlons, the Blue Ribbon Basketball Yearbook and was a second-team selection by Street & Smith’s Basketball Yearbook.  He was noted as the top small forward in the nation by NCAA.com’s Andy Katz and is among 20 watch list members for the 2020 Julius Erving Award, presented annually to the nation’s top small forward.

Honored as the 2019 ACC Most Improved Player, Nwora was the third-most improved scorer in the nation last season with his 17.0 scoring average (sixth in the ACC), up 11.3 points per game from his 5.7 average as a freshman.  The All-ACC third team selection is one of five players in the ACC who scored 20 or more points on at least 13 occasions last season.  Nwora scored in double figures in 31 of 34 games and produced nine double-doubles last season.

Nwora and the Cardinals will be in action against Bellarmine in an exhibition game on Oct. 29 at 7 p.m. in the KFC Yum! Center.  Louisville opens its season on Nov. 5 at ACC foe Miami, the earliest opening game ever for the Cardinals and the first time since 1981 they have played a conference opponent to open the season.