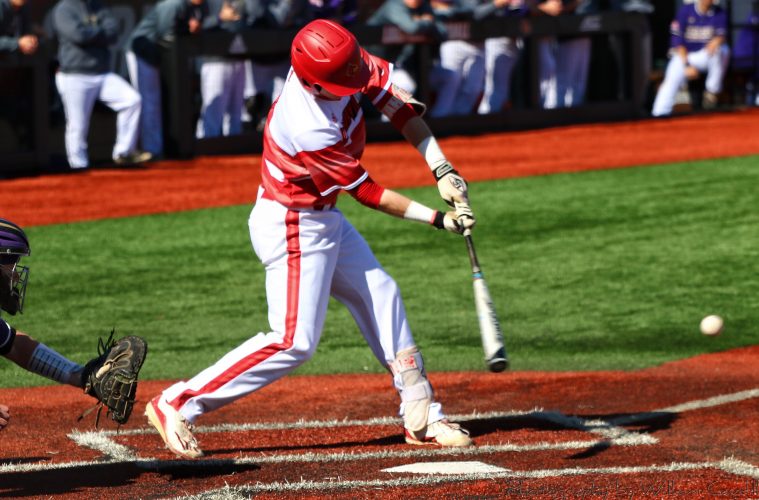 Heading into a week where you play your most hated rival (who happens to also be highly ranked), continuing your mid-season struggles is not typically where you want to be. The #18 Louisville Cardinals (19-8, 5-7) had put themselves in a position to rebound this past weekend, but failure to executive the basics found themselves losing their third straight conference series, this time to the hands of the #5 Florida State Seminoles (22-7, 6-4). Had the midweek game against the Cincinnati Bearcats not been postponed due to inclement weather, it’s very possible that the Cardinal Nine could have gone 1-3 for the week.

After being called the “lone bright spot” during the Clemson series by head coach Dan McDonnell, you could make a case that sophomore left-hander Nick Bennett was once again that lone bright spot this past weekend. Other than his start, the starting pitching was less than ideal this past weekend, base running was almost abysmal, and the defense suffered mental lapses at a higher rate than a coach would like to see. Coach Mac gets paid the big bucks for his ability to mold and shape young players into All-Americans, but he sure does have a lot on his hands with how young this current squad is.

Hoping to turn it around this upcoming week, they’ll have a hard time doing so as they have to face back-to-back top 10 opponents. The Cards will take on the #10 Kentucky Wildcats (19-9) on the road in Lexington for the midweek game on Tuesday, then come home to face the #6 NC State Wolfpack (23-5, 9-3) in a three game weekend series.

All Louisville Baseball games are ticketed entry this season for the very first time, and can be purchased through Ticketmaster here. Berm seating is $5 with reserved chair back seating costing $10. In case you cannot make it to the games, the midweek game against Kentucky will be featured on SEC Network+ and all three NC State games this week will be featured on ACC Network Extra.

Louisville will start the week on the road for a midweek game then come back home to Jim Patterson Stadium for a home weekend series.

The Wildcats are the best hitting team that Louisville has faced since they took on Texas Tech, and they’re by far a better power hitting team than the Red Raiders were. Not only are they top 10 in batting average, hits and runs, but they are also top 3 in home runs and slugging percentage. Troy Squires, Luke Heyer and Kole Cottam all have 9 or more home runs, with the latter two boasting double digit home runs. 8 of their 9 regular starters have batting averages over .310, and 5 of those 8 also 27 or more RBIs. While their pitching is pretty standard, their hitting more than makes up for it.

NC State is a more complete team than Kentucky is, both posting serviceable pitching numbers while still being phenomenal at the plate. There’s a reason they’re 23-5. 7 of their starting position players sport .309 batting average or better, and 2 regular starting pitchers have less than a 3.00 ERA. By far their best player is ace starting pitcher Brian Brown, who leads all of division I with an ERA of only 0.41 over 43.2 innings pitched (7 starts).

If last year’s College World Series squad can manage to lose in Lexington by 4 runs, I can’t envision that this year’s team can fare much better. I predict that they will drop the midweek game against Kentucky, then lose 2 of their 3 games against NC State for their fourth consecutive conference series loss.