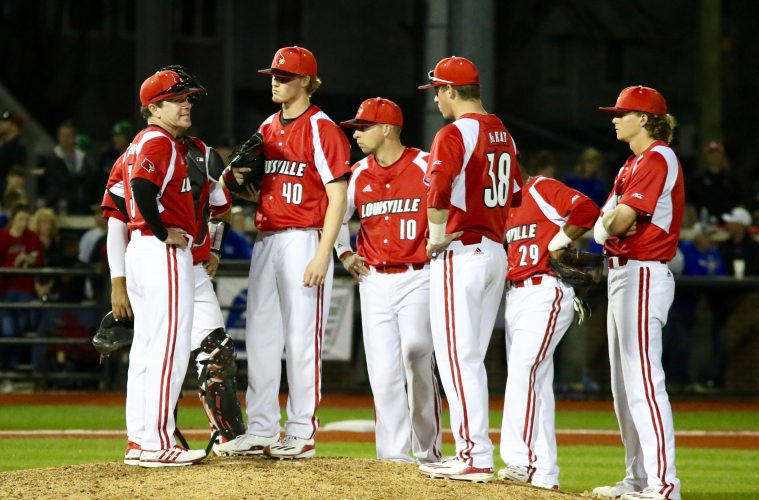 The Cardinal Nine’s first weekend is officially in the books, and they are off to another 3-0 start after winning against Richmond, The Citadel and George Mason in the Charleston Crab House Challenge (full recap here). This week they come home for their first action at Jim Patterson Stadium for the 2018 season, this time facing against Eastern Kentucky and against Youngstown State in a three game series.

All Louisville Baseball games are ticketed entry this season for the very first time, and can be purchased through Ticketmaster here. In case you cannot make it to the games, all 4 games this week will be featured on ACC Network Extra.

For Eastern Kentucky, the one stat that jumps out for me is their ability to strikeout opposing batters, as they rank in the top 100 in strikeouts per 9 innings. While they do have a high WHIP due to their ability to give up walks at a decent rate, they have been able to work their way out of jams since they’re knocking on the door of a top 50 ERA ranking. As long as the Cards don’t go wildly swinging at every pitch, they should have no problem putting the bat on the ball. A couple players to keep an eye out for are infielder Cornell Nixon and outfielder Alex Holderbach. Once on the base paths, Nixon is a surefire threat to steal, as he swiped 17 bags last season. Holderbach ranked second on EKU’s squad in home runs and slugging percentage last season, but with Louisville striking out an average of 12.1 batters a game, look for solid strikeout pitches when he comes up to bat.

In any given series, the goal a team typically shoots for is to win at least 2 of the 3 games you play. The upcoming 3 game home series against Youngstown State however seems to be one that you would hopefully expect the Cardinal Nine to win all 3. Outside of senior infielder Andrew Kendrick (who ranked 30th in home runs and 114th in slugging percentage last season), no one players seems to jump out and separate themselves from the others. On top of being in front of a (hopefully) raucous home crowd itching to see some baseball action after a long offseason, I don’t see how Louisville drops a game to them.

My prediction for the week is that Louisville moves to 7-0 on the season.