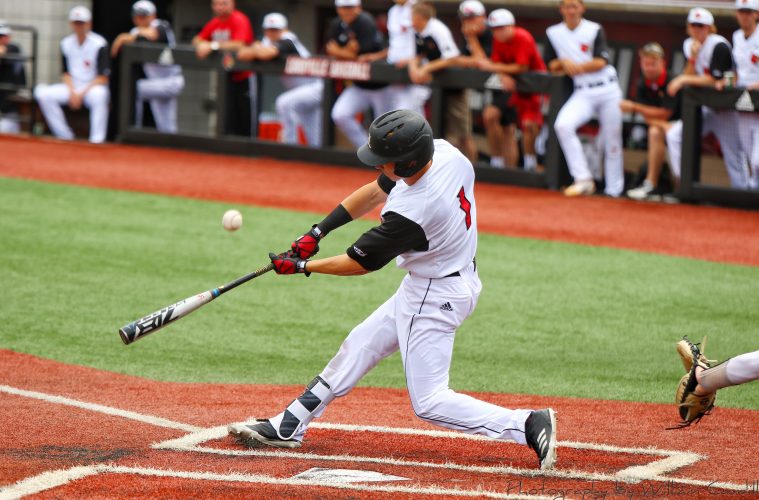 Playing in the ACC Baseball Championship seminfinal round for the first time in program history, the #25 Louisville Cardinals defeated the Pitt Panthers 5-2 to advance to the ACCBC final. Junior second basemen Devin Mann tallied 7 total bases on the day with a triple and a home run for 3 RBI.

Compared to their last couple games in the ACC Baseball Championship, Louisville’s offense wasn’t as methodical as it usually was. Yet that didn’t stop them from scoring first. Riding the momentum from his 3 RBI game the day before, Devin Mann put the Cards up on the board first with an RBI triple deep in the right-center field gap.

Louisville’s offense was kept relatively in check for the majority of the game, but the fourth inning would see them break through yet again. Junior outfielder Josh Stowers, who had a whopping 8 RBIs in the ACCBC entering today’s game, registered his 9th RBI with a base hit down the right field line to bring home Devin Mann after he had drawn a leadoff walk. A fielding error by Pitt would then bring Stowers home to give the Cards a 3 run advantage.

While Louisville’s offense is what has been the attention grabber in the ACCBC, their pitching has also been stellar, and sophomore Nick Bennett was no exception. Making his 10th start of the season, the left-hander tossed 7 strikeouts in his six inning start and surrendered only 4 hits. Though as sharp as he was from the mound, the Cards would be denied a shutout as Pitt would cut Louisville’s lead to just 1 with a 2 run home run in the sixth inning.

Although they would be denied the shutout, Devin Mann made sure to make up for it in the bottom of the seventh. He would strike a long fly ball that would initially be ruled another RBI triple, but upon further review would be deemed a 2 run home run to stretch the lead back out to 3.

After Bennett’s relief, Louisville’s bullpen made sure that a comeback was not in the works for Pitt. Sophomore Adam Elliott and grad transfer Austin Conway would combine for 3.0 scoreless innings, striking out 3 and surrending only 2 hits to close the door on the Panthers.

Up next, the Cardinal Nine will take on the winner of Clemson/Florida State in the ACCBC Final tomorrow, May 27th at noon.